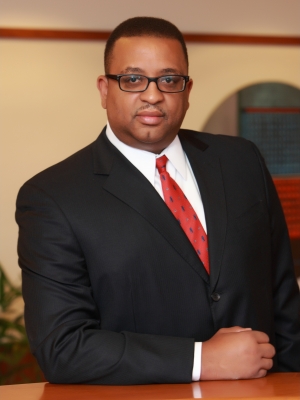 Ronald A. Norwood, a native of Chicago, joined the Firm after serving as a law clerk for U.S. District Court Judge Scott O. Wright in Kansas City from 1986 to 1988.

Throughout his legal career, Ron has acted as a trial attorney and appellate attorney in state and federal litigation matters throughout the United States, with primary concentrations in Missouri and Illinois. His wide-ranging practice includes representing national and regional banks, mortgage companies, and other financial institutions in a myriad of commercial and tort litigation matters. He represents health insurers, health maintenance organizations, and health care providers in health care litigation disputes and represents manufacturers in product liability litigation, consumer fraud claims, and disputes arising under the Uniform Commercial Code. Ron has also represented governmental, quasi-governmental entities and municipalities in an assortment of litigation matters, and he has defended various entities in class action lawsuits alleging violations of the Missouri Merchandising Practices Act, the Fair Credit Reporting Act, the Electronic Funds Transfer Act, the Federal Civil Rights Act, Title VII, and Section 1983. He has also served as counsel to the St. Louis Metropolitan Police Department, the St. Louis Career Education District, and the St. Louis Public Schools District.

In addition to his civil practice, Ron represents clients in various federal investigative and federal criminal matters. His best-known criminal representation was the successful defense of a St. Louis Rams football player facing life in prison for allegedly aiding and abetting a nationwide criminal drug conspiracy. After the government presented its case-in-chief, and before Ron proffered any evidence in defense, he presented and successfully argued a motion for judgment of acquittal - the first and only such judgment ever entered by the federal judge presiding over the case. That victory is chronicled in Chapter 7 of the Jeffrey Benedict book Pros and Cons: The Criminals Who Play in the NFL.

Ron is an arbitrator with the American Arbitration Association. Ron has served as an adjunct professor at Washington University in St. Louis, has taught intersession trial practice courses at the University of Missouri-Columbia School of Law, has served as a disciplinary hearing officer for the Missouri Supreme Court, and is a member of the American Law Institute. He has served on the University of Missouri at Columbia School of Law Foundation and Campaign Committees.

In 2014, Ron was appointed by Missouri Governor Jay Nixon to serve on the Harris-Stowe State University Board of Regents, and was voted in as Board Chairman in 2015. In 2009, he was selected to receive the prestigious Citation of Merit Award from the University of Missouri at Columbia School of Law. Ron is also AV® Preeminent™ Peer Review Rated by Martindale-Hubbell. Ron is a Fellow of the American Bar Foundation, an honorary organization of lawyers, judges, and legal scholars whose careers have demonstrated outstanding dedication to the welfare of their communities and to the highest principles of the legal profession.

As a respected member of the Firm, and based on his commitment to promoting diversity and inclusion within the Firm as well as within the community, Ron serves as Chairman of the Firm's Diversity & Inclusion Committee. 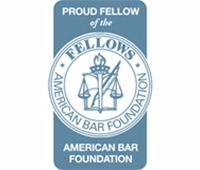 Ron is a Fellow of the American Bar Foundation, an honorary organization of lawyers, judges, and legal scholars whose careers have demonstrated outstanding dedication to the welfare of their communities and to the highest principles of the legal profession.