On April 1, 2021, the United States Supreme Court issued a unanimous decision that is likely to have significant implications for the future of telemarketing and many business-to-customer communications. The Court’s decision in Facebook Inc. v. Duguid narrows the scope of the Telephone Consumer Protection Act of 1991 (the “TCPA”) by finally providing clarity on whether an automatic telephone dialing system (also known as an autodialer) encompasses any device that merely has the ability to automatically call (or text) from a stored, preprogrammed list or whether it must have the capacity to “use a random or sequential number generator.” Resolving a circuit split over the definition of autodialer, the Supreme Court adopted a narrow definition and held that a device must have the capacity to use a random or sequential number generator to qualify as an autodialer. The Court’s decision not only provides clarity to a definition that has been in limbo for years, but also significantly limits the applicability of the TCPA’s restrictions—benefiting the many businesses who communicate with consumers by call or text message.

The TCPA, enacted 30 years ago, sought to curb intrusive telemarketing practices by, among other things, requiring prior express consent for calls using an artificial or prerecorded voice and compelling telemarketers to honor the National Do Not Call Registry. In addition, the TCPA requires prior express consent for calls or texts to cell phones (and certain other lines) made using an autodialer. Importantly, the TCPA not only covers telemarketers, but also can cover businesses and individuals contacting their pre-existing customers. As such, many businesses were swept into court for making calls to a consumer’s cell phone under the theory that the business had used an autodialer and did not have the requisite prior express consent. The murky definition left fertile ground for litigation and disparate court holdings, leading the Supreme Court to weigh in.

Like many businesses, in certain instances, Facebook automatically sends alerts or other information to users via text message. For instance, Facebook users could elect to receive text messages when someone attempts to log in to the user’s account from a new device or browser. That security feature resulted in Plaintiff Noah Duguid receiving several such text messages, alerting him to login activity on a Facebook account linked to his telephone number—an account, he claimed, he had never created. Claiming Facebook did not have his prior express consent to automatically text his cell phone, Duguid brought a putative class action against Facebook under the TCPA. Facebook countered that the TCPA did not apply because the equipment it used to send the texts did not use a “random or sequential number generator,” and, therefore, was not an autodialer.

The ambiguity of the autodialer definition has plagued the industry for years—an ambiguity compounded when, only a few years ago, the D.C. Circuit rejected the FCC’s sweeping definition of autodialer (which included any equipment with even a future capacity to dial numbers randomly or sequentially), leaving businesses and courts to await the FCC’s renewed attempt to come up with a workable definition—a task it has not yet taken up. In the wake the D.C. Circuit’s decision, both district courts and appellate courts have split on whether a device must have random number generating capacity to fit the definition.

The Supreme Court’s narrow interpretation of the autodialer definition is a significant win for businesses placing calls or sending text messages to consumers and is expected to meaningfully reduce the volume of class action litigation under the TCPA. As most modern dialing systems do not generate numbers randomly and sequentially but rather only use a preprogrammed list, businesses using such technology can breathe easier. The narrowed definition is especially significant for businesses relying heavily on text messaging, as the other typical trigger of TCPA coverage and liability (use of an artificial or pre-recorded voice) generally does not apply to text messages.

However, just because the Supreme Court’s decision is a win for businesses does not mean it is a loss for consumers. The decision is unlikely to “unleash” a “torrent of robocalls,” as Duguid argued in the Facebook case, because the TCPA’s other restrictions remain in place to protect consumers against abusive telemarking practices. Among other things, the restrictions on calls using a prerecorded/artificial voice and calls to numbers listed on the Do-Not-Call list remain unaltered and fertile ground for litigation.

Despite the Facebook decision’s pro-business holding, because the TCPA carries statutory damages of up to $1,500 per text or call, it is still crucial for businesses, even those that engage in lawful calling campaigns, to ensure that they comply with all aspects of the TCPA. If you have any questions about the TCPA or need assistance with legal compliance for your telemarketing, please contact one of the authors of this alert. 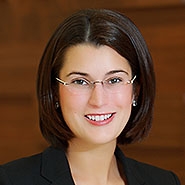