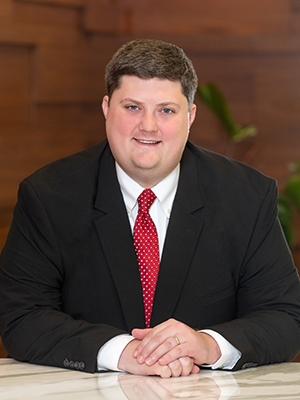 Benjamin M. Farley practices in the Litigation Department of Lewis Rice. Ben assists clients with matters related to labor & employment and commercial litigation, and he also has significant experience in appellate litigation. Prior to joining the Firm, he served as a law clerk to the Honorable Bobby E. Shepherd of the U.S. Court of Appeals for the Eighth Circuit. While clerking, Ben worked on a variety of issues, including employment law, contract disputes, and antitrust matters. During his third year of law school, Ben served as a member of his school's Appellate Clinic. Together with a team of students, Ben succeeded on a federal habeas appeal and won his client another chance at trial. Additionally, he has extensive experience in oral advocacy. Ben personally argued a federal habeas appeal before the Sixth Circuit, and he won the Wiley Rutledge Moot Court Competition during his second year of law school.

Prior to law school, Ben worked as the Assistant Director of Admissions at St. Louis University High School, where he also served as a history teacher and head JV football coach. Before that, he spent a semester of college abroad in London, England working as a parliamentary intern for the Rt. Hon. Alun Michael in British Parliament.

Ben lives in the Hill neighborhood of St. Louis city with his wife Ashley and daughter Kelly.