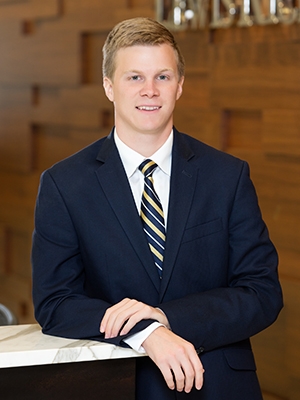 Taylor J. Essner practices in the Litigation Department of Lewis Rice. He has experience in commercial and civil litigation. During law school, Taylor spent a semester serving as a judicial extern for the Honorable Henry E. Autrey for the U.S. District Court, Eastern District of Missouri, where he also interned in the U.S. Attorney’s Office for a summer in both the St. Louis and Cape Girardeau offices. Additionally, he worked for one summer as a summer associate at Lewis Rice.