The Sun Sets on LIBOR

For decades, loans with floating interest rates have contained boilerplate covering what will happen if the index used to determine the interest rate becomes unavailable.  Because no one working on loan documents today can remember an index actually being discontinued, few pay much attention to the provisions addressing what happens if an index is discontinued.  Even those who do focus on those details typically have little success getting banks to change their documents, particularly boilerplate provisions involving the esoteric-sounding London Inter-bank Offered Rate, commonly called LIBOR.

Now, it is time to start paying attention to the loan document boilerplate about interest rate indexes.  That is because LIBOR is being discontinued:  That’s right, the sun is setting on the index that determines interest rates for $350 trillion (yes, trillion with a “t”) of financial instruments.  You may ask, “Why is this happening, when is LIBOR being replaced and with what?”

The answer to those questions begins in 2012 when multiple criminal indictments rocked the financial world in a major scandal involving the manipulation of LIBOR. At the time of the scandal, LIBOR was compiled by the British Bankers’ Association, which averaged the rates reported by the big London banks to get the LIBOR.  The scandal involved traders at the banks influencing the bankers reporting the rates to fudge their numbers for the benefit of positions in the interest rate futures markets held by the traders. Although the inaccuracies in the reported rates were very small, any manipulation had multi-million dollar impacts on interest-rate-sensitive derivatives tied to LIBOR. One weakness in the system of determining the LIBOR rates is that there is no verification of the accuracy of the reported rates.

As a consequence, the British Bankers’ Association transferred oversight to the British Financial Conduct Authority, which first tried to clean up the system to get accurate rates reported by the London bankers, but ultimately decided that an index based upon unverified reporting should be phased out.  They have scheduled LIBOR to end at the end of the 2021 calendar year.

The problem the end of LIBOR creates for both banks and their borrowers is that no one has come up with a definitive LIBOR replacement. A number of indexes have been proposed, but none of them is quite the same as LIBOR. In fact, there probably can be no single replacement for LIBOR because LIBOR is actually several different interest rates.  In the United States, the most commonly used rate is 1-month LIBOR in US dollars, but there are also 3-month, 6-month and 1-year versions of LIBOR in US dollars, and rates tied to other currencies. That brings us back to the boilerplate allowing the bank to designate a replacement index of its own choosing.  Here are some points to consider as you review that language in loan documents for loans indexed to LIBOR:

In spite of all these issues, lenders continue to pick LIBOR for new loans. In some cases, it may make sense to do a new loan with a different index that is not being phased out. For existing loans indexed to LIBOR and continuing beyond the end of LIBOR, consider negotiating an amendment to replace LIBOR with a new index and new loan terms agreeable to both the bank and the borrower. Using this strategy will reduce uncertainty about how the LIBOR replacement will affect the borrower’s interest rate when the sun finally sets on LIBOR. 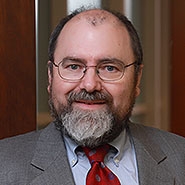