On December 15, 2021, the Securities and Exchange Commission (SEC) proposed amendments to Rule 10b5-1 under the Securities Exchange Act of 1934, which provides an affirmative defense to insider trading for individuals who regularly have access to material nonpublic information, such as directors and officers, as well as issuers themselves.

According to the SEC’s proposing release and press release, the proposed amendments are intended to strengthen investor confidence in the market by addressing gaps in the SEC’s current insider trading framework to allow shareholders to understand when and how insiders are trading in securities for which they may have material nonpublic information.

The proposed amendments would limit the availability of the affirmative defense under Rule 10b5-1 by:

If you have any questions, please contact Len Essig, Cassidy Kolaz or one of our securities attorneys. 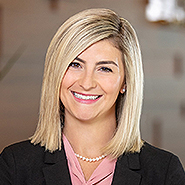