The Tax Cuts and Jobs Act (TCJA) created a new program that provides significant tax benefits to encourage investment, development, and redevelopment in low-income communities designated as qualified opportunity zones (“QO Zones”). The TCJA provides two significant tax benefits that provide taxpayers with an unprecedented opportunity to defer taxation of capital gains. First, taxpayers can defer recognition of capital gain for up to eight years if the gains are invested in a qualified opportunity fund (“QO Fund”) within 180 days. Second, taxpayers may permanently exclude post-acquisition gains on the investment in the QO Fund itself if it is held for at least 10 years. The new program is also expected to provide new opportunities for fund sponsors, managers, developers, innovation districts, urban and community planning organizations, local businesses, and other entities.

Many issues remain to be addressed regarding investments in, and operations of, QO Funds. On October 19, 2018, the Internal Revenue Service (IRS) released proposed regulations (REG-115420-18) and Revenue Ruling 2018-29 to address important issues relating to investments in QO Funds.

How Does the QO Zone Program Work?

This provision is much more liberal than other Sections of the Code that permit deferral of gain. The TCJA made like-kind exchanges available only for gains from real estate held for use in a trade or business, or for investment, and may require parking sales proceeds with a qualified intermediary or trustee. Deferral under Section 1202 applies only to qualified small-business stock. However, virtually any capital gain can be deferred through an investment in a QO fund, and proceeds need not be parked with a third party prior to investment in the QO Fund.

Taxpayers and the QO Zones themselves are not the only ones who will benefit from this new program. Fund sponsors, fund managers, developers, contractors, innovation districts, development agencies and organizations, and businesses organized in QO Zones will also benefit significantly from the new program, which will provide a ready source of investment capital and new opportunities. In addition, it may be possible for the benefits from capital being made available through the QO Zone program to be paired with other subsidies and benefits, such as tax credits, to enhance the financing available for developments and businesses in the community.

What Is a QO Fund?

A QO Fund is any investment vehicle that is organized as a corporation or partnership (including a limited liability company treated as a partnership for U. S. federal income tax purposes) for the purpose of investing in QO Zone property (other than another QO Fund) and that holds at least 90% of its assets in such property. QO Zone property includes any QO Zone stock (“QO Zone Stock”), QO Zone partnership interest (“QO Zone Partnership Interest"), or QO Zone business property (“QO Zone Business Property”).

An equity interest in a corporation or partnership will qualify as QO Zone Stock or a QO Zone Partnership Interest if it satisfies three requirements:

What Is a QO Zone?

What Is a QO Zone Business?

QO Zone Businesses, to which a QO Fund's QO Zone Stock and QO Zone Partnership Interests must be connected, are businesses that meet all of the following criteria:

Eligible Interest. The proposed regulations clarify that an investment in a QO Fund must be an equity interest. Examples of equity interests are preferred stock and a partnership interest with special allocations. In the case of a partnership, the proposed regulations also clarify that an increase in a partner’s share of partnership liabilities, which is treated as a contribution of money under Section 752, does not result in an equity investment in a QO Fund.

Additional Deferral. If (1) a taxpayer acquires an original interest in a QO Fund in connection with a gain deferral election, (2) a later sale or exchange of that interest triggers an inclusion of the deferred gain, and (3) the taxpayer makes a qualifying new investment in a QO Fund, then the proposed regulations provide that the taxpayer is eligible to make an election to continue to defer the inclusion of the previously deferred gain. Deferring an inclusion in this situation is permitted only if the taxpayer has disposed of the entire initial investment. The complete disposition is necessary because the Code expressly prohibits the making of a deferral election with respect to a sale if an election previously made with respect to the same sale remains in effect. The general rule requiring reinvestment of the gain into a QO Fund within 180 days determines when this second investment must be made to support the second deferral election.

Deferral Election. Taxpayers will make deferral elections on Form 8949, which must be attached to their federal income tax returns for the taxable year in which the gain would have been recognized if it had not been deferred. The second election for the basis in the QO Fund interest that has been held for at least 10 years to be increased to its fair market value on the date it is sold is preserved until December 31, 2047. The latest gain that could qualify for deferral would be recognized at the end of 2026, meaning that the last day of the 180-day period to invest such gain in a QO Fund would be in late June 2027. A deferred gain would then achieve a 10-year holding period in late June 2037.

QO Fund Self-certification. Taxpayers are expected to use new IRS Form 8996 to self-certify an entity as a QO Fund and for reporting as to whether at least 90% of the QO Fund’s assets are invested in QO Zone property. Form 8996 must be attached to the taxpayer’s federal income tax return. The self-certification process for QO Fund status makes establishing a QO Fund significantly simpler than organizing a small business investment company or new markets tax credit fund.

QO Zone Business Property. The Code grants a QO Fund a reasonable period of time to reinvest the return of capital from investments in QO Zone property. For example, if a QO Fund shortly before a testing date sells QO Zone property or receives an infusion of cash, that QO Fund would have a reasonable amount of time in which to bring itself into compliance with the 90% investment requirement. Further proposed regulations are expected to provide guidance on this.

Working Capital Safe Harbor. The proposed regulations also implement a working capital safe harbor, which provides that cash and other financial property (stock, bonds, partnership interests, etc.) count toward the 90% test for up to 31 months if (i) there is a written plan for the use of the cash and financial property for the acquisition, construction, or substantial improvement of tangible property in the opportunity zone, (ii) the working capital will be spent within 31 months, and (iii) the business substantially complies with the plan.

Many issues remain regarding Qualified Opportunity Zones. The IRS has announced that it will be releasing additional published guidance, including additional proposed regulations, in the near future.

If you have any questions regarding Qualified Opportunity Zones, please contact one of our tax or real estate attorneys. 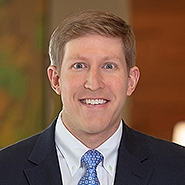