On April 7, 2021, in a highly-anticipated decision, the Eleventh Circuit Court of Appeals ruled that a website does not qualify as a “place of public accommodation” under Title III of the Americans with Disabilities Act (“ADA”). The decision is an important victory for retailers and businesses in the Eleventh Circuit (which includes federal courts located in Florida, Georgia, and Alabama), that have faced an onslaught of website accessibility lawsuits in recent years. The decision also sets the stage for the U.S. Supreme Court to potentially grant certiorari and finally provide much-needed clarity in cases involving ADA website accessibility.

The case, Gil v. Winn-Dixie Stores, Inc., was on appeal from the Southern District of Florida where it had been the first website accessibility case in the country to go to trial. In 2016, Juan Carlos Gil sued grocery store chain Winn-Dixie, claiming that its website violated the ADA because it was incompatible with “screen reader software” and was, therefore, inaccessible to visually impaired persons. Although Winn-Dixie did not make sales directly through its website, Mr. Gil—who is legally blind—claimed he could not refill prescriptions or apply coupons on the website.

After a bench trial, the trial court ruled in favor of Mr. Gil, finding that Winn-Dixie violated his rights under Title III of the ADA. The trial court ordered Winn-Dixie to make its website accessible to individuals with disabilities, which, according to Winn-Dixie, would cost approximately $250,000. As expected, website accessibility lawsuits against businesses proliferated after the verdict.

On appeal, the Eleventh Circuit reversed the trial court and held that, fundamentally, websites “are not a place of public accommodation under Title III of the ADA” and, therefore, Mr. Gil’s “inability to access and communicate with the website itself is not a violation of Title III.” The court’s reasoning was quite simple—Title III of the ADA describes twelve (12) types of locations that are “public accommodations,” all of which are tangible, physical spaces. A website, however, is an “intangible” space, so it cannot be considered a place of public accommodation under the ADA.

But the court did not stop there. It considered—and rejected—Mr. Gil’s argument that the website’s inaccessibility violated the ADA because it was an “intangible barrier” to his equal access to the services, privileges, and advantages of Winn-Dixie’s physical stores, which are places of public accommodation. Winn-Dixie’s website had limited functionality: the website did not function as a point of sale (i.e., all purchases had to occur at a physical store location) and all interactions with Winn-Dixie that could be initiated on the website had to be completed in-store (e.g., prescription pick-ups and coupon redemptions). Moreover, nothing prevented Mr. Gil from simply shopping at a physical Winn-Dixie store, refilling his prescriptions in-person, or using paper coupons at the store. Thus, the Eleventh Circuit held that Winn-Dixie’s website was not an “intangible barrier” to Mr. Gil’s full and equal enjoyment of Winn-Dixie’s services.

For the time being, this decision provides relief for businesses and retailers with a web presence in the Eleventh Circuit, but this is likely not the last word on the subject. By plainly holding that a website is not a place of public accommodation, the Gil decision further deepens the “circuit split” among courts around the country on this issue and tees up the issue for ultimate resolution by the U.S. Supreme Court. Attorneys for Mr. Gil expect to appeal the decision, and we will update this Client Alert if the U.S. Supreme Court decides to hear the case.

In addition, businesses should be mindful of other laws that may mandate website accessibility, such as the California Consumer Privacy Act of 2018 (“CCPA”), an extraterritorial, comprehensive privacy law requiring businesses subject to the CCPA to follow generally recognized industry standards for website accessibility, such as the Web Content Accessibility Guidelines (Version 2.1), and to provide information on how a consumer with a disability can access privacy notices in an alternative format.

If you have any questions about your company’s compliance with the ADA – on its website or otherwise – please contact Sarah Mullen, Taylor Essner and the attorneys at Lewis Rice LLC. 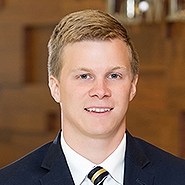