On March 2, 2021, the municipal primary election for the City of St. Louis will take place. This will determine the candidates for Mayor, Comptroller, Aldermen/Alderwomen of the odd-numbered Wards, and Aldermen/Alderwomen of Wards 4 and 12 for the non-partisan primary municipal election. This will be the City's first election to use approval voting. Candidates will run on a nonpartisan basis, that is, without party affiliation. The top two vote getters for each office will run against one another in the upcoming general election which will be held on April 6, 2021. Below is a brief description of each candidate that has secured a slot in the primary election.

The race for the Mayor of the City of St. Louis will not involve current Mayor Lyda Krewson, as she is not running for re-election. The primary election candidates are Andrew Jones, Tishaura O. Jones, Lewis E. Reed, and Cara Spencer.

The following will describe the candidates for each ward. The heading for each ward is a link to a description of its boundaries.

If you have questions about the primary election, issues raised by candidates, or other concerns, please contact an author above. 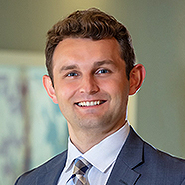