SRAM LLC manufactures high-quality bicycle components and, as any cycling enthusiast will tell you, they do it very well. Today, SRAM is the second-largest bicycle component manufacturer in the world. But, SRAM's beginning in 1987 was much more humble: a few friends who were bicycle enthusiasts decided to build a better bicycle shifting system. Their common objective, combined with vision and creativity, changed the cycling world forever. SRAM developed a powerful new shifting product called Grip Shift. Cyclists loved it, and product managers loved its ability to innovate their products, but nonetheless SRAM was unable to break into the original equipment market. Even an innovative, great product can face serious barriers to entry in the free market.

Shimano, the world's largest bicycle component manufacturer, would not sell their derailleurs and other components unless their customers also purchased their shifters. Shimano was engaging in a classic tying arrangement, prohibiting bike manufacturers from using non-Shimano componentry, like Grip Shift. SRAM was a small company then; Shimano was the 900-pound gorilla. But SRAM's antitrust claim had merit, and SRAM had the strong determination of committed entrepreneurs. SRAM asked Lewis Rice to file suit. Despite bumpy roads and strong headwinds, two years of litigation brought the case to out-of-court settlement in 1991 to SRAM's benefit.

The favorable outcome was the pivotal springboard for SRAM, positioning the company to develop into the worldwide, highly respected bicycle component manufacturer that it is today. The victory also opened doors for a host of other component manufacturers. Suddenly, it was anyone's game. Innovation returned to the bicycle world. Product managers now had options for how to build the "best bike." The bicycle industry press called the lawsuit David vs. Goliath, and the settlement the bicycling world's equivalent of the fall of the Berlin Wall.

SRAM also had the vision and desire to expand its presence in the bicycle industry, and so they sought out exceptional components that would fit the SRAM philosophy. This passion to achieve the ultimate bicycle ride led SRAM to grow through the acquisition of high-quality partners. Lewis Rice represented SRAM in many mergers and acquisitions including Avid, Truvativ, Zipp and Quarq, all of which are renowned for world-class brakes, cranksets, wheels and power meters.

SRAM's leadership has always believed in doing what is right and defending what you have the right to do, through the legal process if necessary. Innovative technological and engineering advancements are the lifeblood of sophisticated performance products, and intellectual property protection creates the framework for that innovation to flow.

Over the course of more than 25 years, we have counseled SRAM on a wide spectrum of legal matters, encompassing intellectual property, antitrust, litigation, labor and employment to transactional work.

The bicycle industry press called the suit David vs. Goliath, and the settlement the industry’s equivalent of the fall of the Berlin wall. 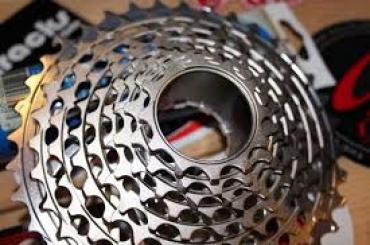 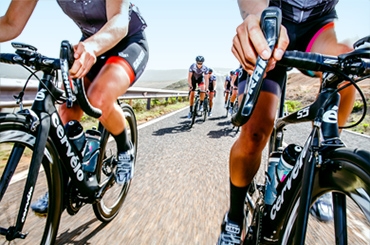