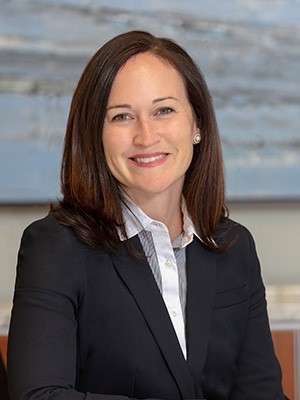 How do I know if my property could be affected by a federal rail-trail conversion?

The federal government will not notify you directly regarding a rail-trail conversion. The railroad must publish notice of its abandonment of the line in a local newspaper, and the federal order authorizing the railroad to sell the right-of-way for a public park is published in the Federal Register. However, most landowners learn about these developments only through local news reports or correspondence from an attorney.

How is this a “taking” of my property?

When the Trails Act went into effect, there was no provision in the law for property owners to be compensated. However, in the 1980s, a couple in Vermont challenged the constitutionality of the Trails Act. The case went to the U.S. Supreme Court, which ruled that the Trails Act was constitutional because the federal government has the power of eminent domain: the right to take your private property for a public purpose. However, being that the Fifth Amendment to the Constitution provides, “nor shall private property be taken for public use, without just compensation,” the federal courts ruled that property owners whose land is taken as a result of the Trails Act must be compensated.

Do I have to file a lawsuit?

What if I don’t make a claim for compensation?

If you do not make a claim for compensation, you will not be paid compensation. This is not a situation where the government will offer to pay you for the land it has taken for the public project.

What if I don’t know how the original railroad obtained the right-of-way?

Will this lawsuit hurt or in any way affect the creation of a public recreational trail?

No, the lawsuit will not affect whether a trail is built. The lawsuit is against only the federal government for invoking its power of eminent domain to take your property and convert it to public-trail use. The lawsuit is not against the railroad, the trail group, or any other party. In fact, the Court of Federal Claims in Washington D.C. only hears cases for compensation against the federal government. The funds for the compensation come from the “Judgment Fund” at the U.S. Department of the Treasury, which is appropriated every year by Congress to pay the liabilities of the United States.

Lewis Rice has represented clients across the country for more than a century and has the resources, experience, and support to represent landowners seeking to recover just compensation for the government’s taking of their property.

Meghan S. Largent and I have more than 25 years of combined legal experience and have successfully helped thousands of landowners across the country in recovering just compensation. We value the importance of property rights, and we understand the negative impact a Rail-to-Trail conversion has on landowners. If we know that the government’s offer is not adequate, we will go to every length to make sure landowners are fully compensated. We are not afraid to go to trial to make sure you are fairly paid. Indeed, we have a strong record of success in recovering just compensation for landowners along Rail-to-Trail conversions nationwide.

We have spent much of our careers pioneering this area of the law, having assisted landowners in the leading cases that have been repeatedly cited by courts and attorneys. And, while our cases may include dozens of owners, we pride ourselves on making sure your claim gets the individualized attention you deserve.