The U.S. Supreme Court issued an opinion on June 16, 2016 that might affect anyone who directly or indirectly is doing business with the federal government, especially health care providers who participate in Medicare and Medicaid. In Universal Health Services, Inc. v. United States ex rel. Escobar, 579 U.S. ____ (2016), the Court unanimously held that falsely implying that specific services were provided in compliance with all legal requirements when requesting payment for those services can constitute a violation of the False Claims Act (FCA) where the omission is material to the decision to pay the claim. Although future litigation will be necessary to determine the precise impact of Escobar because of the subjectivity of the Court's materiality test, it is clear that "implied false certification" is a viable basis for FCA lawsuits.

The FCA allows the government or whistleblowers acting on its behalf to sue for alleged fraud in government programs, including material misrepresentations that lead to payment of federal funds. The FCA allows for recovery of treble damages plus civil penalties of up to $10,000 per claim (adjusted for inflation). In addition, whistleblower lawsuits can lead to criminal investigations. Two-thirds of federal whistleblower lawsuits in 2015 were directed at those in the health care field.

The Escobar case arose out of the death of a teenage mental health patient. After her death, it was discovered that only one of the five professionals who had provided treatment to the patient was properly licensed. Justice Clarence Thomas, writing for the Court, said that defendant, Universal Health, submitted codes for payment that represented individual therapy, family therapy, preventive medicine counseling, and other types of treatment. Justice Thomas found these representations "clearly misleading in context." Justice Thomas wrote, "[a]nyone informed that a social worker at a Massachusetts mental health clinic provided a teenage patient with individual counseling services would probably—but wrongly—conclude that the clinic had complied with core Massachusetts Medicaid requirements," including those relating to specialized training and experience and prescribed minimum qualifications for the job of social worker. "By using payment and other codes that conveyed this information without disclosing [the clinic's] many violations of basic staff and licensing requirements for mental health facilities, Universal Health's claims constituted misrepresentations," Justice Thomas wrote.

Even while the Court embraced the implied certification ground for FCA liability, it reemphasized prior holdings that the FCA is not "an all-purpose antifraud statute." The Court rejected arguments that a misrepresentation is necessarily material if it touches on a subject that is listed as a condition for payment, while also rejecting arguments that a misrepresentation cannot be material unless it concerns an express condition for payment of a claim. Instead, Justice Thomas wrote, "The Government's decision to expressly identify a provision as a condition of payment is relevant, but not automatically dispositive" to whether a misrepresentation is material. In a partial victory for Universal Health, the Court sent the case back to the lower court to determine whether the plaintiff could prove materiality by referencing more than just the fact that a statutory or regulatory provision was violated.

Many responsible companies have implemented programs to help ensure compliance with governmental claims submission rules. However, Escobar showed that those which do business with the government would be advised to maintain rigorous compliance programs in all aspects of their operations. Now that it is clear that a claimant might be violating the FCA for what it does not say and that an omission can be material even if it does not concern an express condition of payment, those who do business with the federal government, particularly health care providers, should redouble their efforts to ensure that they are complying with all state and federal statutory and regulatory requirements whenever they are providing services in the context of a program that receives federal funding. 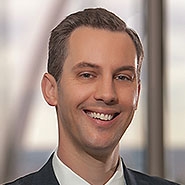 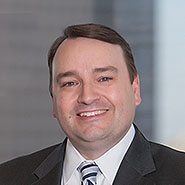