In Daimler AG v. Bauman, the U.S. Supreme Court refocused the doctrine of general jurisdiction to its intended scope and held that Daimler AG, a German car manufacturer with "multiple California-based facilities," was not subject to general personal jurisdiction in that state because California was neither its state of incorporation nor principal place of business. (134 S. Ct. 746, 752 (2014).) The Daimler court held that there were two "paradigm bases" on which courts may rely on exercising general, all-purpose personal jurisdiction over a foreign corporation: (1) state of incorporation and (2) principal place of business. Exceptional cases aside, it is only in these forums that a corporation is truly "at home" and constitutionally subject to general personal jurisdiction.

The exemplar "exceptional case" cited by the Daimler court presented a scenario where a corporation temporarily relocated its headquarters to a new jurisdiction and did not focus on the quantity or quality of the contacts as a potential "exception." (See Perkins v. Benguet Consolidated Mining, Co., 342 U.S. 437 (1952).) In fact, the Daimler court went further to explain that "the exercise of general jurisdiction in every State in which a corporation engages in a substantial, continuous, and systematic course of business" would be "unacceptably grasping." Id. at 761.

In Smith v. DuPont, Cause No. 1422-CC000457 (22nd Judicial Circuit, St. Louis City, State of Missouri), DuPont was named as one of approximately 70 defendants in a claim filed by Oklahoma resident David F. Smith in the City of St. Louis on February 26, 2014. Plaintiff pursued premises liability claims against DuPont, related to his work and alleged exposure to asbestos at a DuPont facility in Oklahoma and admitted that his DuPont-related claims did not arise out of any purported contacts with Missouri (eliminating any grounds for the exercise of specific jurisdiction under Missouri's long-arm statute). In a well-reasoned order following Daimler, the Court (Hon. Robert A. Dierker) held that because DuPont was neither incorporated nor headquartered in Missouri, the court could not exercise personal jurisdiction over DuPont in Missouri.

Judge Dierker also agreed that the Missouri contacts of DuPont's wholly-owned subsidiary, Solae, Inc. – which is headquartered in St. Louis – were insufficient to infer personal jurisdiction over the parent company DuPont. Judge Dierker also disagreed with Plaintiff's arguments and held that the mere facts that DuPont is registered to do business and maintains a registered agent in for service of process in Missouri did not mean that DuPont consented to the exercise of general jurisdiction of Missouri Courts.

A copy of the order can be found by clicking the link under "Resources" below. 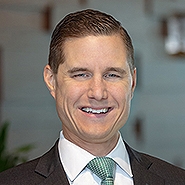