On August 3, 2015 the United States Court of Appeals for the Eighth Circuit affirmed the District Court decision to grant a motion for summary judgment in a case brought against our client, Farmers Insurance Group Federal Credit Union (Credit Union), by Michael Falco. Mr. Falco sought $21 million in damages against the Credit Union on claims that the Credit Union violated bankruptcy code.

The details of the original case stated the Credit Union granted a line of credit to Mr. Falco, which he used for several years before declaring bankruptcy in 2010. After Mr. Falco emerged from bankruptcy, he failed to reaffirm the loan. The Credit Union was compelled to foreclose on the collateral securing the loan and terminate Mr. Falco's Agent Agreement which meant he was no longer permitted to sell Farmers Insurance products. After a period of discovery, the Credit Union filed a motion for summary judgment. The District Court ruled in favor of Farmers Insurance Group Federal Credit Union. 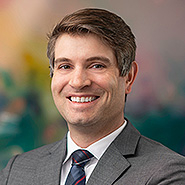