We are proud to announce that The Best Lawyers in America® has named Thomas C. Erb, John M. Hessel, Matthew J. Madsen, and Albert S. Rose as "St. Louis Lawyers of the Year" for 2014.

Lewis Rice Chairman Tom Erb was named for Banking and Finance Law. Best Lawyers named John Hessel, a member of the Firm's Management Committee, for Litigation-First Amendment. Matt Madsen was named for Litigation-Trusts and Estates, and Al Rose was named for Corporate Law. We congratulate these attorneys on the accomplishment and applaud their dedication to their practice.

The 20th edition The Best Lawyers in America® awards the title "Lawyer of the Year" to attorneys in high-profile legal specialties in large legal communities. Only a single lawyer in for a given specialty and a given community receives the honor. Best Lawyers compiles its lists of outstanding attorneys by conducting exhaustive peer-review surveys in which thousands of leading lawyers confidentially evaluate their professional peers. The honored lawyers received particularly high ratings in these surveys by earning a high level of respect among their peers for their abilities, professionalism, and integrity.

Throughout our Firm's history, Lewis Rice attorneys have made excellence the foundation of our practice. Founded in 1909, more than a century of service has given us the experience, resources and tools to serve our clients' dynamic needs. Our diverse team of more than 150 attorneys provides counsel and solutions for the challenges facing local, regional and national businesses, as well as individuals and families. Lewis Rice maintains offices in downtown St. Louis, suburban Town & Country, Washington and Jefferson City, Missouri and Edwardsville, Illinois. We also have offices in downtown Kansas City, Missouri and suburban Overland Park, Kansas. 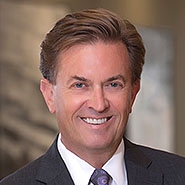 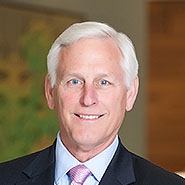