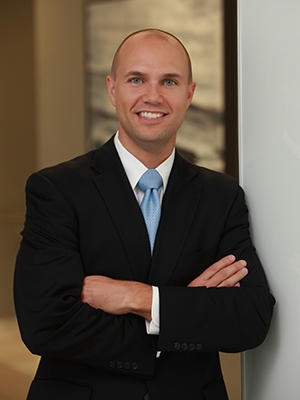 Prior to attending law school, where he ultimately graduated first in his class, Brad gained valuable securities and commercial experience as an Investment Representative for Edward Jones and as a Credit Manager for Marion Pepsi Bottling Company.

Brad is a member of the Firm's Recruiting Committee.

Brad is originally from Harrisburg, Illinois, and he and his wife, Rachel, have a son and a daughter.