The recent Tax Court decision, Parks v. Comm'r, 145 T.C. No. 12 (Nov. 17, 2015), clarifies the limitations on lobbying activities by private foundations. The decision held that a private foundation's expenditures for the production and radio broadcast of messages regarding public ballot initiatives were attempts by the foundation to influence legislation and, as a result, were taxable expenditures. The Tax Court also concluded that most of the communications did not qualify for the excise tax exception for nonpartisan analysis and educational communications. The Tax Court, therefore, upheld the imposition of severe penalties in the form of excise taxes on the foundation and its manager under Section 4945 of the Internal Revenue Code (the "Code").

From 1997 to 2000, the Parks Foundation made substantial expenditures to produce 30- and 60-second radio messages. The foundation manager agreed to these expenditures. Nine of the 10 radio messages were broadcast in the weeks or months preceding a statewide election in which state residents voted on measures that were proposed by ballot initiative or referral.

Charitable private foundations and their managers are subject to substantial excise taxes for taxable expenditures under Code Section 4945. "Taxable expenditures" are amounts paid by a private foundation for a "prohibited purpose." One such prohibited purpose is the use of lobbying communications "to attempt to influence legislation." In this context, "legislation" includes actions by "the public in a referendum, ballot initiative, constitutional amendment, or similar procedure." Under an exception to this rule, communications that constitute "engaging in nonpartisan analysis, study, or research," or educational activities, are not considered lobbying communications. As such, amounts paid to produce such communications are not taxable expenditures subject to the excise tax.

Parks clarifies how nonpartisan analysis and educational activities are distinct from lobbying communications and activities subject to excise taxes. Several aspects of the Tax Court's decision and commentary on existing regulations are of particular interest and should be carefully observed by private foundations in crafting public communications on ballot initiatives (and other legislation) to avoid the risk of exposing the foundation, its managers, or both, to severe excise taxes. Of particular import are the following Tax Court findings:

In determining whether the communications produced by the private foundation in the Parks case qualified for the exception for "nonpartisan analysis, study, or research" or as an educational activity, the Tax Court essentially adopted the IRS's analysis in Rev. Proc. 86-43, 1986-2 C.B. 729. This analysis focuses on the method an organization uses to communicate its viewpoint, rather than the viewpoint itself, in determining whether advocacy is educational. Rev. Proc. 86-43 instructs that the presence of any one of the following four factors indicates that a communication is not educational:

In light of the Tax Court's decision in Parks, private foundations producing communications regarding legislation or ballot initiatives should be mindful of the Rev. Proc. 86-43 factors when choosing their communication methods and procedures. Similarly, the content of proposed communications should be carefully scrutinized to ensure that they do not expose the foundation or its managers to liability for Code Section 4945 excise taxes. The Parks decision remains subject to appeal. 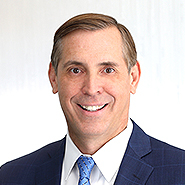