Many commercial real estate leases include a “force majeure” clause that covers events or circumstances beyond a party's control, such as fire; earthquake; war; or an act, omission, or delay of a governmental authority. If such an event or circumstance were to prevent a party from performing and was covered by a force majeure clause, the failure to perform might not be considered a default.

Recently, the U.S. Bankruptcy Court for the Northern District of Illinois held that a lease’s force majeure clause partially excused a restaurant tenant from its rental obligations because of the COVID-19 governmental shutdowns. In re Hitz Restaurant Group, 616 B.R. 374, 2020 WL 2924523 (Bankr. N.D. Ill. 2020). The force majeure clause at issue provided that any obligations that are prevented or delayed due to governmental action or order would be excused. The tenant argued that Illinois Governor J. B. Pritzker’s executive order prohibiting on-site consumption of food and beverages at Illinois restaurants excused its failure to pay rent from March through June 2020.

However, the Court noted that under Illinois law, a force majeure clause excuses contractual performance only if the triggering event “proximately causes” a party’s nonperformance. Because the Governor's order still permitted carry-out, curbside pick-up, and delivery from the restaurant premises, the Court reasoned that the Governor’s order only partially excused the tenant’s failure to pay rent. The Court therefore held that the tenant remained responsible for 25% of the rental payments, including additional rent obligations like real estate taxes and common area maintenance charges, for the months of April through June. This percentage constituted the portion of the restaurant premises (i.e., the kitchen) that was still useable for the permissible services. For the month of March, the Court found the tenant liable for the entire rent because that rental obligation became due on March 1, prior to the start of the shutdown order.

In contrast, in a recent Florida case, In re Seven Stars on the Hudson Corp., No. 19-17544-SMG, 2020 WL 4558344 at n.82 (Bankr. S.D. Fla. Aug. 7, 2020), the Court noted that because the force majeure clause in the lease expressly stated that a force majeure event did not excuse rent payments, rent was not excused notwithstanding the local governmental order completely shut down the tenant’s trampoline park business.

These cases show that tenants and landlords need to be aware of the language in their commercial leases and the potential effects on their rights. Attorneys at Lewis Rice have extensive experience negotiating, drafting, and enforcing commercial leases. Please reach out to a member of the Lewis Rice Real Estate Practice Group should you need any assistance. 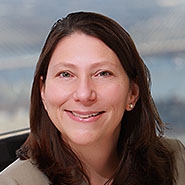