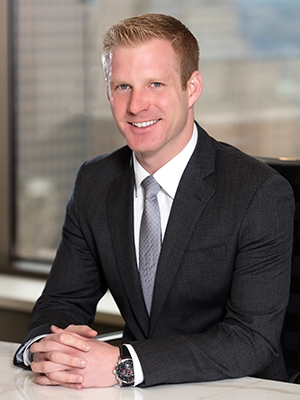 Title VII of the Civil Rights Act of 1964 makes it unlawful for employers to discriminate based on a person's race, color, religion, sex, or national origin. Much debate has ensued over whether a person's sexual orientation is a subset of the protected class "sex." In 2015, the Equal Employment Opportunity Commission answered the question in the affirmative. Yet, every federal appeals court to decide the issue had come to the opposite conclusion—until last month, when the 12-member Seventh Circuit Court of Appeals in Chicago held that Title VII does indeed prohibit sexual orientation discrimination.

In that case, Kimberly Hively sued her employer, Ivy Tech Community College, alleging that she was passed over for several full-time positions and that the college declined to renew her part-time contract because she is a lesbian. The trial court and a three-member panel of the Seventh Circuit agreed with Ivy Tech's assertion that sexual orientation is not a protected class under Title VII.

On appeal, Hively argued that if she had been a man married to a woman, and if all other facts were the same, Ivy Tech would not have refused to promote her and would not have fired her. Hively also argued that the actions taken against her constituted discrimination under an association theory, which prohibits discrimination because of an employee's association with a person in a protected class—in this case, gender.

But the Seventh Circuit reasoned that Title VII has been understood to cover far more than simple decisions such as whether to hire a man or a woman for a given job. For example, the Seventh Circuit explained that the U.S. Supreme Court has held that the prohibition against sex discrimination reaches several circumstances not found in the plain language of the statute, including (1) sexual harassment, and even same-sex workplace harassment, (2) discrimination based on actuarial assumptions about a person's longevity, and (3) discrimination based on a person's failure to conform to a certain set of gender stereotypes.

The Court observed that when an employer discriminates on the basis of sexual orientation, it makes assumptions about the proper behavior for someone of a given sex. In turn, the Court reasoned, such judgments cannot exist without taking into account the victim's biological sex, and any job decision based on the fact that the complainant—woman or man—dates or marries a same-sex partner, falls within Title VII's prohibition against discrimination based on sex.

Although Ivy Tech has publicly stated that it will not appeal to the Supreme Court, it is likely that a similar case will reach the Supreme Court soon, given the significance of the decision and the split between the Seventh Circuit and its sister appeals courts.

The immediate impact of the decision is somewhat muted because two of the three states covered by the Seventh Circuit—Illinois and Wisconsin—already had laws explicitly prohibiting sexual orientation discrimination in the workplace. But employers in Indiana, which does not have such a law, now have to be mindful of a new federal prohibition against sexual orientation discrimination in employment.

Lewis Rice's Labor & Employment attorneys have extensive experience handling Title VII cases and other employment discrimination claims. Please feel free to contact us with questions or concerns regarding the Seventh Circuit's most recent employment case, or any other employment matter.