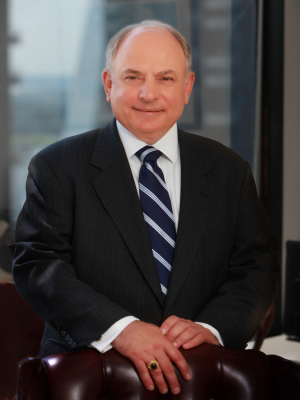 Frank B. Janoski practices in the areas of intellectual property and commercial litigation in the United States and around the world. His years of experience include intellectual property litigation, transactions, opinions, licensing, franchising, trademarks, copyrights, anti-competitive practices, and obtaining protection related to patents, among others. He was the lead trial attorney in many complex intellectual property litigation cases as well as in trademark, copyright, and related issues before U.S. District Courts and U.S. Courts of Appeals. His recent successes include summary judgment of patent non-infringement for a family-owned business where the opponent, a Fortune 100 company, sought more than $80 million in damages from his client. He represents companies and individuals in areas of technology including software, wires and cables, printing processes, plastics, injection molding, mechanical machines, sporting goods and games, chemical products, business method patents, biotechnology, and many others.

Frank is licensed to practice before the U.S. Patent and Trademark Office. He is AV® Preeminent™ Peer Review Rated by Martindale-Hubbell, was selected by his peers for inclusion in The Best Lawyers in America® 2008-2020, was named "Lawyer of the Year" in St. Louis in the area of Copyright Law by Best Lawyers 2016, and was selected for inclusion in Missouri & Kansas Super Lawyers® 2009-2018. Additionally, Frank was selected among America's Top 100 High Stakes Litigations® for 2019, an exclusive group of the nation's most exceptional trial attorneys in high value, high stakes legal matters.

Speaking and writing regularly on topics regarding intellectual property, Frank has been a guest lecturer at Saint Louis University and the U.S. Military Academy at West Point on such topics. He is on the Board of Directors for the West Point Association of Graduates, also serving on its Audit Committee and as Chairman of its Board's Governance Committee.