Lewis Rice's federal takings attorneys represent landowners throughout the United States pursuing takings claims against the federal government. One primary focus of the group is representing landowners in what is commonly referred to as rails to trails takings. Attorneys in this group litigate cases in the United States Court of Federal Claims on behalf of those whose property was taken by the federal government pursuant to the National Trails System Act, which authorizes abandoned railroad lines to be converted to public parks. The goal is to obtain compensation from the government for the taking of their land for the public recreational trail. The attorneys in the Federal Takings Practice Group focus on both proving the taking has occurred as well as establishing the value of the property that was taken. Their national work for landowners includes representing landowners coast-to-coast, including 11 states.

In securing judgments for clients after trial and pre-trial settlements, attorneys in the Federal Takings Practice Group have secured multi-million dollar awards for these landowners. Lewis Rice attorneys also have significant experience representing landowners in The United States Court of Appeals.

We represent our clients in this area of law through contingency fee arrangements, which allow our clients to prosecute their claims without paying attorney fees upfront. Attorney fees are paid only if a favorable outcome is achieved.

"Lindsay Brinton was a big help in getting us our money. She kept us well informed. It took a while, she let us know up front that it would." 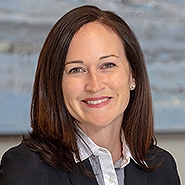 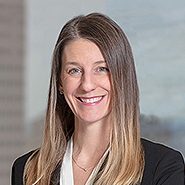