A recent example is found in Hopfer v. Nennah Foundry Co., No. ED 101754 (2015), where the Eastern District of the Missouri Court of Appeals affirmed a defense verdict following a jury trial based on the "compliance with contract specifications" affirmative defense. This defense shields a manufacturer from liability for injuries caused by a design defect in products it manufactures pursuant to plans and specifications supplied by the purchaser. Previous Missouri cases allowed this defense to be raised in situations where a plaintiff asserted products liability claims premised on both strict liability and negligence theories. In Hopfer, however, the plaintiffs asserted only strict liability claims and not a negligence claim. The Court concluded that the compliance with contract specifications defense is available even where the plaintiffs' claims are premised solely on strict liability theories. The Court explained, "Allowing the affirmative defense of compliance with contract specifications by a manufacturer in a products liability action merely places a measured, logical limit on strict liability in order to ensure that strict products liability does not reach the untenable point of holding manufacturers absolutely liable for any and all injuries caused by their products." 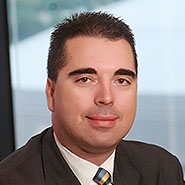