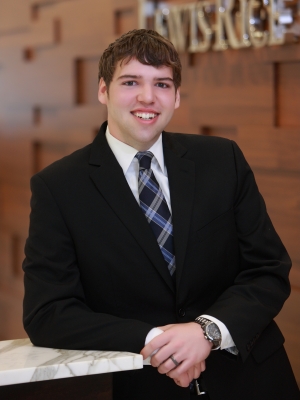 On February 21, 2018, the U.S. Court of Appeals for the Eighth Circuit issued an opinion upholding protections for union “salting” campaigns under the National Labor Relations Act (NLRA). A “salting” campaign involves union members' recruiting potential members by applying for and accepting jobs at non-union work sites. In Aerotek Inc. v. National Labor Relations Board, four organizers of the International Brotherhood of Electrical Workers Union (IBEW) applied for placement with Aerotek, Inc., a nationwide staffing agency based out of Omaha, Nebraska. The organizers planned to recruit members from Aerotek’s non-union job sites. Aerotek ignored and ultimately did not place any of the organizers. Upholding the decision of the Administrative Law Judge (ALJ), the National Labor Relations Board (NLRB) determined that Aerotek’s refusal to place the union organizers violated the NLRA.

Brett Johnson, one of the IBEW organizers, applied with Aerotek only after Aerotek inquired if he was interested in being placed. Johnson eventually submitted resumes of three other IBEW organizers (“Salts”), each of whom explained to Aerotek that they sought to recruit and organize worksites for the IBEW. Despite Johnson’s follow-up emails and call, in which he explained that he would accept any position and that he wanted to expose more electricians to the IBEW, Aerotek did not place Johnson or any other Salt. In an interesting twist, after lodging a complaint with the NLRB, Johnson and another Salt approached an Aerotek client and attempted to persuade it to staff electricians directly through the IBEW—cutting out Aerotek.

After a three-day hearing, the ALJ found that Aerotek’s failure to place (or consider for placement) the Salts violated Sections 8(a)(3) and 8(a)(1) of the NLRA, given that many jobs were available. As a remedy, the ALJ awarded backpay and placement for all the Salts, save Johnson, who was awarded only limited backpay and no placement, given his anti-Aerotek, competitive actions in directly approaching the Aerotek client. The NLRB subsequently agreed that a violation occurred, but a majority of the Board Members believed that Johnson should receive the same remedies as the other Salts (despite his attempt to lure an Aerotek client away) and that notice of workers’ rights under the NLRA should be posted on all Aerotek job advertisements and applications. The dissenting Board Member was in full agreement with the ALJ’s recommendation (including the lesser award for Johnson).

On appeal, the Eighth Circuit clarified that in salting cases involving an alleged refusal to hire (or place), an NLRA violation lies if the NLRB’s General Counsel shows the following: (1) an applicant’s genuine interest in obtaining employment with the employer; (2) that the employer was hiring or had concrete plans to hire (or place); (3) that the applicant had the requisite experience or training for the open position; and (4) that anti-labor animus contributed to the decision not to hire (or place) the applicant. Applying this standard, the Eighth Circuit held that sufficient evidence existed to support each element: (1) the Salts demonstrated the requisite “genuine interest” in being placed, as evidenced by their applications; (2) there were thirty-seven (37) open positions over the time period during which the Salts applied; (3) the Salts were ostensibly qualified for these positions; and (4) as to anti-union animus, Aerotek had placed only one openly union sympathizer (who was not openly identified as an IBEW organizer), and Aerotek’s reasons why it hired non-union applicants were demonstrably false.

Addressing the NLRB’s remedy for Johnson, the Eighth Circuit explained that although the NLRA protects “natural human reactions” to unlawful discrimination, Johnson’s actions were nothing more than an unprotected attempt to steal Aerotek’s client. With this being the case, the Eighth Circuit remanded to the NLRB the question of a remedy for Johnson.

Aerotek reminds employers that salting campaigns can be protected under the NLRA and that attempts to hamper salting campaigns can result in harsh penalties. Indeed, the NLRB awarded significant remedies to each of the Salts—including an unquestionably disloyal applicant (Johnson), whose remedy was overturned only on appeal.

Employers approached by applicants who express a desire to organize or further the efforts of a union must be careful in their responses. Our Labor and Employment Practice Group has significant experience assisting employers facing these issues. If you have questions about this case or need assistance in this area, contact an attorney above.