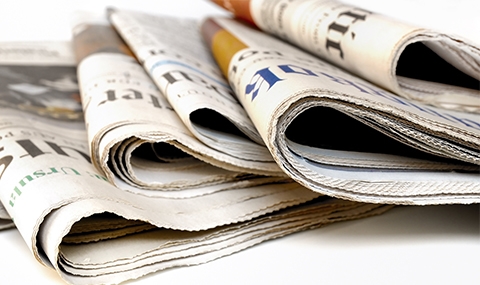 A weekly newspaper sued a competing-newspaper client of Lewis Rice, for allegedly copying its news articles. The suit, claiming that Missouri's Merchandising Practices Act (MMPA) had been violated, was filed in state court. However, because the alleged copying created potential copyright liability under federal law, the Firm successfully removed the lawsuit to the U.S. District Court for the Eastern District of Missouri. At the same time, the Firm moved to dismiss the MMPA claim on the grounds that (1) the claim was preempted by the copyright statute, and (2) the copyright statute requires that the copied matter be registered with the copyright office before any copyright infringement suit can proceed.

Before the federal court could rule on that dismissal motion, and in an attempt to evade the limits of copyright law, the complainant added allegations of unjust enrichment and "Hot News" misappropriation, claiming that the client's use of its news stories "constitutes free-riding" on the complainant's "costly efforts to generate news stories," which were "highly time sensitive."

The Firm moved to dismiss the Hot News and unjust enrichment claims. The Firm argued that the allegedly-copied articles involved news that was at least several days old when first published in the complainant's newspaper and that any copying in the client's newspaper occurred at least several days after that. As such, there was no theft of Hot News as alleged, because the facts reported were by then known and available. The district court agreed that the news allegedly misappropriated was too old to constitute Hot News even were such a claim to be recognized and not copyright pre-empted. The court also agreed that any unjust enrichment claim was preempted under copyright law. The court therefore dismissed both of these claims.

This left the complainant, which had registered one of the allegedly copied articles while the motions to dismiss were pending, with only a claim for alleged copyright infringement. But the copyright statute allows recovery of statutory damages or attorneys' fees only if registration occurred at or near the time of publication. Without the ability to recover statutory damages or attorneys' fees, the copyright claim had minimal value because any real damage seemed non-existent. With the complainant's lacking any claim other than copyright and lacking any provable losses, the case was quickly resolved for a nominal amount.