What Is Right-to-Work Legislation?

Federal labor law permits employers and labor unions to negotiate collective bargaining agreements (CBAs) that compel employees to join a union or pay dues as a condition of continued employment. The language specifying such a condition is commonly referred to as a "union security clause". However, federal labor law also permits states to enact RTW laws that effectively invalidate union security clauses as Missouri has now done.

RTW legislation tends to be controversial. Critics argue that such a law is a government overreach into private contracts and will suppress employee wages, benefits, and working conditions. Proponents argue that such a law gives employees the freedom to choose whether to pay dues, creates a more business-friendly environment for employers, and promotes job growth. Senator Dan Brown, who introduced Missouri's RTW bill, has noted that except for Illinois, all states bordering Missouri are RTW states, and he has claimed that Missouri has lost many new business opportunities to those states.

In non-RTW states, almost all CBAs contain a union security clause that compels workers to pay union dues as a condition of their employment. These dues enhance a union's leverage in negotiating favorable wages, benefits, and workplace conditions on behalf of its members.

In RTW states, some employees might opt not to pay these dues, which could in turn diminish a union's power to negotiate and enforce its labor agreements. Because unions are legally required to provide workers with negotiated union benefits even if those workers do not pay dues, unions frequently refer to non-paying bargaining unit members as "free loaders."

Missouri's RTW law, which can be found here or by clicking under "Resources" below, provides that no Missouri worker shall be required to a join a union or make payments to a union as a condition of continued employment. Violators of the law may be charged with a class C misdemeanor. In addition, any person harmed as a result of any violation will be entitled to injunctive relief and damages, including attorney's fees.

After the effective date of the State's RTW law, Missouri employers can anticipate additional bargaining power when negotiating future CBAs, amendments, modifications, or extensions. Moving forward, employers with existing CBAs should pay special attention to whether majority support for their respective union continues to exist.

However, given that the effective date of the law is not until August 28, 2017, unions will benefit from the exemption of existing agreements from the new RTW law. Also, unions may seek to negotiate long-term extensions or modifications to existing agreements prior to the effective date. This will significantly slow the effect of unions' losing dues payments and will provide unions time to make necessary changes to optimize their utility under the new framework. Second, the law does not affect a labor union's status or its ability to organize and negotiate CBAs in the future. Other than the union security clause, everything else in the CBA remains virtually unchanged under the new RTW law. Finally, many members will presumably elect to continue to pay dues voluntarily.

Under Missouri's new RTW law, the influence of labor unions will likely diminish as more employees are able to choose to cease paying dues. Employers can expect to benefit from additional bargaining power when negotiating future agreements or extensions. Unions will likely be seeking to negotiate long-term extensions prior to the law's taking effect on August 28, 2017.

Labor unions and their supporters will likely file legal challenges to the validity of Missouri's RTW law. This has occurred in every state that has passed similar RTW legislation. However, states with RTW legislation similar to Missouri's version of the law have consistently seen their laws upheld. These states include Alabama, Arkansas, Iowa, Michigan, Nebraska, North Dakota, Oklahoma, South Dakota, Tennessee, and Texas.

Please feel free to reach out to a Lewis Rice Labor & Employment attorney if you have any questions or concerns regarding Missouri's new RTW law. 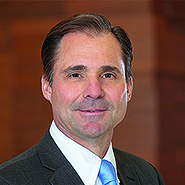 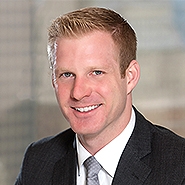 Missouri's version of law provides that no Missouri worker shall be required to a join a union or make payments to a union as a condition of continued employment.