Face Value: How the U.S. Treasury Designs Our Money

Recent announcements regarding changes to the U.S. $20 and $10 bills have stimulated curiosity about the decision-making process for who can and cannot have their portrait on American money.

The Secretary of the Treasury and the Bureau of Engraving and Printing (BEP) redesign U.S. currency every 7 to 10 years for aesthetics and, more importantly, to deter counterfeiting and enhance security.

Aesthetic features include artistry, symbols, monuments, and concepts that are intended to reinforce a theme. 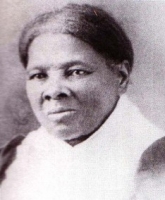 In April 2016, the Treasury announced its plan to redesign the $20 bill to include a portrait of Harriet Tubman on the front, with images of the White House and President Andrew Jackson on the back. The Treasury explained that Harriet Tubman was selected as a "woman whose life was dedicated to fighting for liberty." U.S. Treasury Secretary Jack Lew also announced that the BEP would be redesigning the $10 bill. Although the agency later decided to retain Alexander Hamilton's portrait on the front, the back of the new $10 bill will depict the "March of 1913" for women's suffrage. Further, the redesigned $5 bill will keep President Abraham Lincoln's portrait on the front, while the back will illustrate historical events at the Lincoln Memorial with images of Marian Anderson, Eleanor Roosevelt, and Martin Luther King, Jr. Lew further stated that the Treasury "anticipates the final concept designs for the new $20, $10, and $5 notes will be unveiled in 2020 in conjunction with the 19th Amendment's 100th anniversary, which granted women the right to vote." Of the 92 individuals whose faces have appeared on U.S. currency, five (Martha Washington, Pocahontas, Susan B. Anthony, Sacagawea, and Helen Keller) have been women.

Whose Face Can We Put on Our Money?

Section 5114(b) of Title 31 of the U.S. Code restricts whose portrait may be printed on U.S. currency: 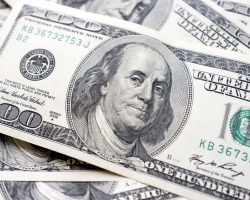 The Treasury explained that the portraits currently printed on various denominations of paper currency were adopted in 1929 when the department reduced the size of the notes. The Treasury believed that portraits of U.S. Presidents have a more "permanent familiarity in the minds of the public" than would portraits of other persons. This determination was later altered to include well-known public figures; for example, Alexander Hamilton on the $10 bill, Benjamin Franklin on the $100 bill, and now Harriet Tubman on the new $20 bill. 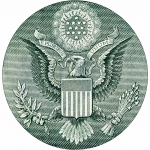 The U.S. Treasury selects the design, including portraits, shown on U.S. currency and generally has final approval over the appearance of U.S. currency. Although currency is primarily redesigned as necessary to address current and potential security threats, the Treasury works closely with the BEP and the U.S. Secret Service when designing the notes to promote a specific "theme" that captures the core values of the United States in a specific time period. "Freedom" has been the theme from 2003 to the present, using several designs such as the U.S. Seal on the $5 bill, Lady Liberty's torch on the $10 bill, the eagle on the $20 bill, the American flag on the $50 bill, and the quill and ink well with phrases representing the Declaration of Independence on the $100 bill.

The theme for the next generation of U.S. currency is "democracy." The Treasury explained that it wants to use currency notes to "celebrate the nation's democratic ideals and continued efforts to form a more perfect union." Further, the Treasury will incorporate a much greater degree of artistry in the new note designs, while continuing to honor past designs.

After announcements to redesign U.S. currency caught the attention of the public and the mass media, the U.S. Treasury and the BEP created a web page, which asks the public to nominate, for possible depiction on U.S. currency, deceased American women who contributed to our nation's history and were champions of democracy.Technical features are another reason for redesigning currency. The technical aspects focus primarily on counterfeit prevention, authentication, accessibility, usability, public use, and other "security features." These technical aspects are determined after due diligence by the Advanced Counterfeit Deterrence Steering Committee, an agency within the Treasury.

The authors thank Trevor T. LaBarge for his contributions to this article.

In April 2016, the Treasury announced its plan to redesign the $20 bill to include a portrait of Harriet Tubman on the front, with images of the White House and President Andrew Jackson on the back.