The Children’s Advertising Review Unit (CARU), a self-regulatory advertising program approved by the Federal Trade Commission (FTC) under the Children’s Online Privacy Protection Act of 1998 (COPPA), recently found issues with the advertising approach taken by two mobile applications that happen to feature cats: KleptoCats and My Talking Tom. The contrast between the outcomes of these cases illustrates the perils of ignoring CARU.

In the self-regulatory review of the KleptoCats application, developed by HyberBeard, CARU and the Online Internet-Based Advertising Accountability Program found that third-party companies were collecting data through the app in a way that conflicted with CARU guidelines. After CARU's attempts to contact HyberBeard were ignored, the two organizations jointly referred the matter to the FTC. This referral could result in an FTC enforcement action and substantial monetary penalties, as seen in the recent FTC $5.7 million settlement with Musical.ly, which also originated from a CARU referral (discussed here in a March alert).

CARU's review of the My Talking Tom app led to quite a different outcome. CARU found that many advertisements within the application, such as ads for prescription drugs or teen-rated video games, were inappropriate for children and not clearly labeled or identified as ads. CARU felt that these in-app advertisements blurred the line between advertisements and game content in a way that would be misleading to children. Additionally, the application’s privacy policy included advertising and animated promotional images that CARU determined distracted from the policy and did not comply with COPPA requirements. CARU conveyed these concerns to the developer, Outfit 7 Ltd., which agreed to comply with CARU’s recommendations by removing the offending advertising and promotional images from its privacy policy and initiate a process of making ad disclosures clearer.

These CARU cases provide reminders regarding advertising in mobile applications. First, even as advertising evolves across new media, the premise of advertising law remains the same: advertisements that hide the fact that they are advertisements are deceptive and misleading. Second, the FTC is not the only concern for businesses. CARU and other self-regulatory programs carry weight too, and responding to their concerns can help to prevent future issues with the FTC.

CARU’s press releases relating to the two mobile applications are available here for Kleptocats and here for My Talking Tom.

If you are unsure whether your business complies with COPPA or other applicable requirements or you would like guidance on how to respond to any inquiries from CARU or similar programs, please contact one of our Cybersecurity & Data Privacy attorneys. 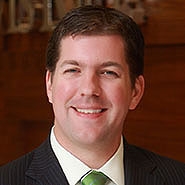