While many businesses feel like they have gone 12 rounds of boxing with the COVID-19 pandemic and the government measures taken in response thereto, recently enacted reforms to the Paycheck Protection Program (“PPP”) are providing a “Round 2” of financing in hopes of enabling certain borrowers on the ropes to avoid throwing in the towel. The Economic Aid to Hard-Hit Small Businesses, Nonprofits, and Venues Act (the “Act”), which was passed by Congress on December 21, 2020 and then signed into law by President Trump on December 27, 2020 as part of the Consolidated Appropriations Act, 2021, makes significant changes to the PPP. The Act permits initial and “second draw” PPP loans to be made through March 31, 2021 (subject to availability of funds), and appropriates an additional $284,450,000,000 for such loans, portions of which are set-aside for certain borrowers and lenders. Although it is yet to be determined when the Small Business Administration (“SBA”) will resume the PPP and when lenders will resume making PPP loans, SBA is required to issue additional rules relating to PPP starting as soon as January 6, 2021.

This alert summarizes the key provisions of the Act relating to the PPP. For all of our prior alerts on the PPP, click here. For details about the tax benefits in the Consolidated Appropriations Act, 2021, some of which relate to the PPP, see our alert here.

Certain qualifying PPP borrowers that employ not more than 300 employees and demonstrate 25% or greater reductions in gross receipts in any calendar quarter in 2020 compared to the same calendar quarter in 2019 will be able to obtain a forgivable “second draw” PPP loan (a “Second Draw PPP Loan”) of up to the lesser of $2,000,000 and 2.5 times (or 3.5 times for certain borrowers) their average monthly payroll costs. A borrower can only receive one Second Draw PPP Loan.

In order to be eligible for a Second Draw PPP Loan, in addition to satisfying the original PPP loan eligibility criteria, the person or entity must be an “eligible entity,” which is generally defined in the Act as a business or nonprofit organization that (i) employs not more than 300 employees (subject to exceptions described below) and (ii) can demonstrate not less than a 25% reduction in gross receipts during any calendar quarter in 2020 compared to the same calendar quarter in 2019. In addition, the eligible entity must have received an initial PPP loan, and on or before the expected date on which the Second Draw PPP Loan is disbursed to the eligible entity, the eligible entity must have used, or will have used, the full amount of its initial PPP loan.

A business concern with more than one physical location is eligible for a Second Draw PPP Loan if it is an accommodation or food service business (entities with a NAICS code beginning with 72) or an eligible news organization that has no more than 300 employees per location and meets the gross receipts requirements for eligible entities.

Note that an eligible entity applying for a Second Draw PPP Loan is still required to make most of the certifications required in connection with applying for PPP loan, including the “necessity certification” discussed in our prior alerts here and here.

The maximum amount of a Second Draw PPP Loan is generally the lesser of $2,000,000 and 2.5 times the borrower’s average monthly payroll costs, with special rules for seasonal employers, entities that did not exist during the 1-year period preceding February 15, 2020, and accommodation or food service business (entities with a NAICS code beginning with 72) (for which 2.5 times is increased to 3.5 times).

Except as otherwise specified in the Act, Second Draw PPP Loans are forgivable in the same manner as initial PPP loans. For purposes of Second Draw PPP Loans, the term “covered period” has the meaning given under the PPP, except that it is extended to March 31, 2021. However, the Act redefines the term “covered period” for purposes of forgiveness of PPP loans made after (but not before) the date of passage of the Act to mean the period beginning on the date of the disbursement of the PPP loan and ending on a date selected by the PPP borrower that occurs during the period starting 8 weeks after such date of disbursement and ending 24 weeks after such date of disbursement. At least 60% of the forgiveness amount must be Eligible Payroll Costs, as is the case with initial PPP loans.

The Act expands PPP eligibility to include certain news organizations (and some of their affiliates), particular 501(c)(6) organizations, and certain entities who are involved in bankruptcy proceedings.

All PPP borrowers (other than those whose PPP loans have been forgiven before the date of enactment of the Act) can use PPP loan proceeds and receive forgiveness for the following new categories of eligible costs, each as is defined in the Act:

Simplified Forgiveness for Loans of $150,000 or Less

PPP borrowers with loans made before or after enactment of the Act of no more than $150,000 will be able to take advantage of a streamlined, one-page loan forgiveness application, but must still certify they have complied with the PPP.

(i) signs and submits to its PPP lender a simple, 1-page certification (to be released) under which the borrower provides: (a) “a description of the number of employees the eligible recipient was able to retain because of the covered loan;” (b) “the estimated amount of the covered loan spent by the eligible recipient on payroll costs;” and (c) “the total loan value;” and

If a PPP borrower submits the 1-page certification and makes the required attestations and retains (but not necessarily delivers) the required records, it appears the PPP lender must approve forgiveness in full.

While PPP borrowers with loans that are not more than $150,000 benefit from this simplified forgiveness process, they are still subject to SBA audit and will still need to maintain required records.

The Act does not alter the documentation that a borrower with an initial draw PPP loan of more than $150,000 is required to submit with its PPP loan forgiveness application.

The Act redefines the term “covered period” for purposes of forgiveness of PPP loans made after (but not before) the date of passage of the Act to mean the period beginning on the date of disbursement of the PPP loan and ending on a date selected by the PPP borrower that occurs during the period starting 8 weeks after such date of disbursement and ending 24 weeks after such date of disbursement. This flexibility for new PPP loans may enable PPP borrowers to better manage their workforce decisions by tailoring their covered periods to end before a reduction in workforce, thereby avoiding a potential FTE Reduction to the loan forgiveness amount. It is important to note, however, that this change was not made retroactively and it therefore does not apply to borrowers that have already received a PPP loan.

Lewis Rice will continue to monitor these developments and provide updates as needed. If you would like to sign-up to receive client alerts via email, you may do so here.

If you have any questions about the implications and disruptions of COVID-19 on your business, please reach out to one of the authors above. 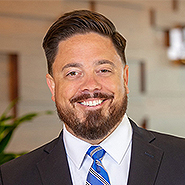