Illinois Supreme Court: Subcontractors No Longer Subject to Claims for Breach of the Implied Warranty of Habitability

Recently, in Sienna Court Condominium Association v. Champion Aluminum Corporation, et al., the Illinois Supreme Court ("the Supreme Court") held that if a purchaser of a newly constructed condominium or residence does not have a contract with a subcontractor who provided work as part of the building's construction, then the purchaser cannot assert a claim for breach of the implied warranty of habitability against that subcontractor. The Supreme Court’s holding in Sienna was a major victory for subcontractors and suppliers in the residential construction industry in Illinois. It was a loss for purchasers, owners, and homeowner associations, particularly those whose possible relief against the developer or general contractor with whom they have contracted is no longer viable because that party is defunct or bankrupt.

Brief History of the Implied Warranty of Habitability in Illinois

The implied warranty of habitability protects the first purchaser of a new residence against latent defects that would render the residence not reasonably fit for its intended use. Illinois first started recognizing the implied warranty of habitability in 1979 in its Supreme Court’s decision in Peterson v. Hubschman Construction Co., 76 Ill. 2d 31 (1979). The Court found that the warranty was necessary for public policy reasons in order to respond to changes in the home construction market. By that time, homes had become, essentially, mass produced “from a model or from predrawn plans.” Buyers had “little or no opportunity to inspect” but were forced to “rely upon the integrity and the skill of the builder-vendor...The vendee has a right to expect to receive that for which he has bargained and that which the builder-vendor has agreed to construct and convey to him, that is, a house that is reasonably fit for use as a residence.” The Illinois Appellate Court for the First District ("the First District") soon thereafter recognized an expansion of the implied warranty and held in Tassan v. United Development Company, 88 Ill. App. 3d 581 (1st Dist. 1980), that if the buyer contracted directly with a developer rather than a builder, then the developer-vendor similarly made an implied warranty of habitability to the buyer that the buyer could enforce against the developer.

In Sienna, a condominium association governing a two-building, 111-residential-unit property in Evanston, Illinois sued the property’s developer, general contractor, subcontractors, and others, alleging that latent defects resulted in water infiltration and other conditions that rendered the individual units and common areas unfit for their intended purposes. Unfortunately for the association, the developer and general contractor went bankrupt, which drastically limited any potential recovery from those entities. The subcontractors moved to dismiss the claims against them, which motion was denied, but the Circuit Court certified questions related to Minton under Rule 308 for an immediate appeal. The Illinois Supreme Court was asked to address whether, under Minton, “a plaintiff homeowner’s claims against a subcontractor for breach of an implied warranty of habitability are barred where either the plaintiff has potential recourse from insurance policies or where actual proceeds are received by the plaintiff from a warranty escrow account.” Instead, the Supreme Court considered an issue presupposing and underlying those questions: whether the purchaser of a newly constructed home may even assert a claim for breach of an implied warranty of habitability against a subcontractor who took part in the construction of the home, where the subcontractor had no contractual relationship with the purchaser. The Supreme Court held that the purchaser may not assert that claim and thus overruled Minton.

The condominium association, in Sienna, argued that the Supreme Court should recognize that the implied warranty of habitability is essentially a duty owed by every contractor, subcontractor, and supplier that performs work or provides material related to the construction of a residence. The association further argued that it (or any homeowner) “should be allowed to proceed directly against a subcontractor under a claim that is ‘analogous to a strict liability claim tort claim.’” The Supreme Court rejected that argument, reasoning that an implied warranty arises only by virtue of a contractual relationship between two parties: the home purchaser and the seller. Even if the warranty is not explicitly written in and expressed in the parties’ contract, the law recognizes that by virtue of the contract, only the seller has implicitly agreed to provide a home that is reasonably fit to be inhabited as a residence.

The Supreme Court further reasoned that the implied warranty is not analogous to a strict liability tort and does not exist independent of that contract, because it would be barred by the economic loss doctrine (better known in Illinois as the “Moorman doctrine”). The economic loss doctrine provides that a plaintiff cannot recover purely economic loss under the tort theories of strict liability, negligence, and innocent misrepresentation. Fireman’s Fund Ins. Co. v. SEC Donahue, Inc., 176 Ill.2d 160, 164 (1997) (citing Moorman Manufacturing Co. v. National Tank Co., 91 Ill.2d 69 (1982)). An “economic loss” includes damages for inadequate value, costs of repair and replacement, or consequential loss of profits. Moorman, 91 Ill. 2d at 82. As alternatively explained:

The [economic loss] rule acts[DHL9] as a shorthand means of determining whether a plaintiff is suing for injuries arising from the breach of a contractual duty to produce a product that conforms in quality or performance to the parties' expectations or whether the plaintiff seeks to recover for injuries resulting from the breach of the duty arising independently of the contract to product a nonhazardous product that does not pose an unreasonable risk of injury to person or property.

A claim for breach of the implied warranty of habitability relates to injuries arising from alleged defects in quality, not defects creating an unreasonable risk of injury to person or property. Thus, under Moorman, the implied warranty of habitability cannot be characterized as a tort. Further, the Supreme Court stated in Sienna that to “allow what is, in effect, a tort claim to be brought directly against subcontractors by homeowners would undermine and, in some instances, render pointless these contractual obligations and restraints.”

As a result of Sienna, purchasers of condos (and their associations) or of residences no longer have the ability to assert a claim for breach of the implied warranty of habitability against subcontractors if those parties do not have a contract. If the developer or general contractor with whom the purchaser has contracted is defunct or bankrupt, the purchaser might not be able to recover anything from an entity that participated in the construction of the home. However, in Sienna, the condominium association was able to recover approximately $308,000 from the developer through a warranty escrow fund that the developer had been required to establish under a City of Evanston ordinance. Going forward, similar local ordinances could be passed and/or enforced to require the establishment of warranty escrow funds, particularly if the developer had created a limited liability company for the project with the intention of shutting it down upon project completion.

Please feel free to reach out to a Lewis Rice attorney if you have any questions or concerns regarding this development. 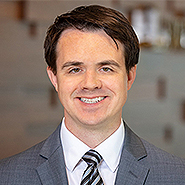