On June 1, 2021, the Missouri Supreme Court issued a decision reversing a $113 million class action verdict in favor of Missouri state correctional officers for the state’s alleged failure to properly pay them for all pre-shift and post-shift activities in accordance with the Fair Labor Standards Act (“FLSA”).1 The jury award was rendered after the trial court had granted partial summary judgment to the correctional officers upon finding that the state’s department of corrections was liable for all pre-shift and post-shift activities under the terms of labor agreements that required compliance with the FLSA.

Of particular interest to private Missouri employers is the Court’s analysis as to whether time spent by the correctional officers in undergoing mandatory security screenings at the beginning and end of their shifts was compensable time under the FLSA. In reversing the trial court’s summary judgment in favor of the correctional officers, the Missouri Supreme Court examined the summary judgment record in a rather academic fashion to conclude that it did not establish sufficient facts to show that the correctional officers’ submission to security screenings was integral and indispensable to the performance of their work. In doing so, the Court specifically rejected a recent decision of the federal court of appeals in the Tenth Circuit2 that held that “submitting to a correctional facility’s security procedures was integral and indispensable to the officers’ principal activities of maintaining custody and discipline of inmates and providing security, in part, because the screenings and the principal activities shared the same goals of providing prison security.”

In rejecting what it characterized as the Tenth Circuit’s “subtle expansion” of the test formulated by the United States Supreme Court in 2014 for determining whether a pre- or post-shift activity is integral and indispensable to an employee’s principal activities of work such that the time spent in performing such activity must be compensated, the Missouri Supreme Court expressed concern that such an expansion would “likely result in the very issue the Portal-to-Portal Act was passed to address.” In rejecting such an expansion and declining to follow the Tenth Circuit’s ruling, the Missouri Supreme Court noted that Congress enacted the Portal-to-Portal Act specifically to limit the United States Supreme Court’s rather broad definition of compensable work under the FLSA to include “nearly every activity undertaken for the benefit of the employer.” By exempting employers from liability under the FLSA for failing to pay overtime for overtime compensation for activities which are preliminary and/or post-liminary to an employee’s “principal activities,” the Portal-to-Portal Act is meant to protect employers from unexpected liabilities of an overly broad definition of compensable work. Thus, the Missouri Supreme Court held that the time spent by the correctional officers in submitting to pre- or post-shift security screenings is not necessarily compensable activity under the FLSA.

Though the Missouri Supreme Court’s analysis involved public correctional employees and their unique pre- and post-shift screenings, it could have broader application to the different types of screenings that private Missouri employers may require their employees to undergo before commencing work, entering and/or before leaving the workplace.  For example, many employers have implemented policies requiring COVID-19 related health screenings since March 2020, while other private employers have implemented company-specific screenings or protocols, such as biometric or optical scanning.

COVID-19 health screenings in particular have proven fertile ground for wage and hour litigation in recent months for private employers around the country.  For example, in March 2021, a New Jersey federal judge ruled that a proposed class action of warehouse workers could proceed for purposes of discovery where the workers amended their lawsuit to allege that Amazon failed to properly pay them for the time they spent in undergoing health screenings and answering COVID-19 questionnaires.3 Amazon is facing a similar class action suit in California though the health screenings at issue in that case were mandated by California state law rather than required by Amazon’s own policies.4 And, in November 2020, a Missouri federal court judge granted a motion for conditional certification of claims brought pursuant to the FLSA on behalf of a class of nurses employed by a private corporation and its subsidiary who provide on-site medical and pharmacy care to inmates in correctional facilities.5 In the suit, plaintiffs claim the employer’s policy requires employees to perform various pre- and post-shift activities, including submission to personal item searches, finger print and optical screenings, and accounting for and securing various medical devices, including syringes and needles, for which they are not compensated and should be.

It remains to be seen what the broader implications of the Missouri Supreme Court’s ruling in this case may have on subsequent litigation on the issue. Given the spate of recent litigation involving the compensability of pre- and post-shift activities particularly in relation to screenings imposed in response to the unprecedented COVID-19 pandemic, similar claims are likely be filed against some Missouri employers. While federal courts rarely apply or even necessarily cite a state court’s opinion when construing federal statutes like the FLSA, the Missouri Supreme Court’s decision may nevertheless signal at least some judicial reluctance for finding employers liable under the FLSA for paying employees overtime resulting from time spent in submitting to pre- and post-shift security screenings.

If you need any assistance with wage and hour compliance or have questions about the compensability of certain pre- or post-shift activities, please contact one of the authors of this alert or another member of the Lewis Rice Labor and Employment Group. 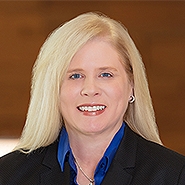