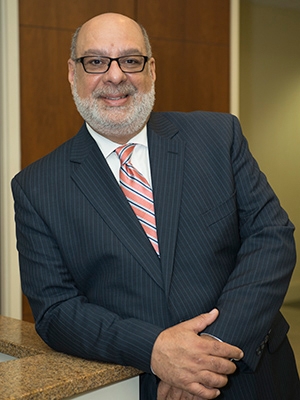 As a 1983 graduate of the Tulane University School of Law, Doug provides both the private sector and municipalities with legal advice and strategic insight on conventional real estate projects as well as incentivized projects using such tools as tax increment financing, transportation development districts, urban redevelopment corporations and community improvement districts.

He previously served as special counsel to Kansas City, Missouri with respect to the legal structure and financing of the downtown streetcar starter line, and remains deeply involved in civic discussions of improving public transit in and around Kansas City. Projects for which Doug has helped obtain zoning, incentives, and other governmental approvals include several well-known buildings, including the residential repurposing of the Western Auto Building and the Weld Wheel manufacturing facility in Kansas City, the development of the National Personnel Records Center of the National Archives in St. Louis, and Prewitt's Point and Eagles' Landing regional shopping centers at the Lake of the Ozarks.

Doug's dedication to his community continues well beyond his commitment to clients of the Firm. In addition to his professional experience, Doug serves on a number of boards and committees including Kansas City, Missouri's Historic Preservation Commission. He is also on the Board of Directors of the Missouri Economic Development Financing Association and is Chair of its Legislative Affairs Committee. His involvement with such organizations provides a deeper background and stronger local relationships that benefit our clients.

Doug was selected by his peers for inclusion in Best Lawyers® 2016-2023. Doug is also ranked in Chambers and Partners USA Guide.