Following the Biden administration’s call for increased activity from the Federal Trade Commission (“FTC”) and the FTC establishing a new partisan majority, on May 19, 2022, the FTC announced that it is seeking public comment on proposed revisions to its Guides Concerning the Use of Endorsements and Testimonials in Advertising (the “Endorsement Guides”) and released a new policy statement on the Children’s Online Privacy Protection Act (“COPPA”) and education technology (“EdTech”) companies.

Notably, the updates tailor the benchmark of an “ordinary consumer” to the advertisement’s target audience, meaning disclosures could look different depending on audience characteristics. For example, an advertiser might have to feature a disclosure more prominently in a TV ad targeting older adults so as to aid those with diminished hearing, sight or cognitive abilities. The conspicuousness of a disclosure could also vary based on the device on which it is viewed. For example, a disclosure that is clear and conspicuous when viewed on a desktop browser could need modifications to remain obvious on a smartphone screen.

Though the proposed updates have the potential to increase liability for various parties involved in marketing and advertising, at this time the changes are only proposed.

Once published in the Federal Register, the proposed updates to the Endorsement Guides will enter a 60-day public comment period. Given that the 2009 revisions took a year from comment period to adoption, it could be another year before the FTC adopts these changes officially.

In recent decades, and particularly in the wake of COVID-19, schools and parents have increasingly relied upon technology to educate their children. In this same period, companies have become more technologically advanced and aggressive in the collection and monetization of consumer data. These overlapping trends have led the FTC to address parents’ concerns regarding the security of their children’s personal information. In particular, the FTC denounced using children who rely on EdTech as a “captive audience” for data surveillance and collection.

The FTC’s new policy statement clearly provides that the security of children’s personal information rests on COPPA-covered tech companies’ COPPA compliance rather than parent or school vigilance. It also emphasizes that COPPA imposes greater requirements on covered companies than just notice and consent. The FTC announced the following focuses for immediate enforcement:

The FTC’s recent activity in adapting its advertising guidelines and COPPA enforcement for the age of the internet could foreshadow similar changes in other areas of FTC regulation. For now, advertising companies, endorsers, platforms, and other stakeholders should be aware of the potential strengthening of the Endorsement Guides, including the liability shifts and expansions contained therein. Additionally, COPPA-covered companies, particularly EdTech companies, can expect to see the FTC more stringently enforce COPPA.

If you have any questions regarding the impact of the FTC’s proposed updates to the Endorsement Guides, the new policy statement on COPPA, or other applicable advertising laws, please contact one of our Advertising, Promotions & Social Media attorneys.

Special thanks to Hilary S. Henning for her contributions to this article. 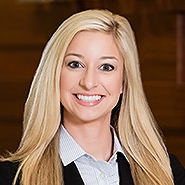