In what may be seen as a departure from the United States Supreme Court's 2014 landmark decision in Daimler AG v. Bauman, 134 S.Ct. 746 (2014), a Madison County, Illinois court held that Ford Motor Co., a Delaware corporation that has its corporate headquarters in Michigan, may be sued in Illinois for activities entirely unconnected to the state, because the company was registered to do business in Illinois. Subject to a few limited exceptions, Illinois law requires an out-of-state corporation transacting business in Illinois to register to do business in Illinois. Under the Madison County court's analysis, any corporation registered in Illinois runs the risk of being sued there for claims completely unconnected to its Illinois activities - a result many thought was foreclosed by Daimler.

Daimler and the U.S. Supreme Court's Limits on Personal Jurisdiction

In Daimler, Argentinian residents filed a lawsuit in California against DaimlerChrysler A.G. (Daimler), the German car manufacturer, for events occurring entirely outside the United States. Plaintiffs argued that Daimler could be sued in California, even though their claims had no connection to the state, because its subsidiary engaged in a substantial, continuous, and systematic course of business in California – including owning several facilities and selling a significant number of cars in the state. Daimler argued that the California court lacked jurisdiction over it, because Daimler had insufficient contacts with California.

The U.S. Supreme Court rejected plaintiffs' argument and upheld the basic principle that an out-of-state corporation cannot be sued for claims that arose outside of the state unless the corporation's contacts with that state "are so continuous and systematic" that it renders the corporation essentially "at home" there. Most notably, the Daimler court clarified that in all but the most exceptional cases, a corporation is only "at home" in (1) the state where it is incorporated and (2) the state where its principal place of business is located. The court explained that corporate defendants are simply not "at home" everywhere they conduct business. Holding otherwise, the court explained, would subject Daimler to lawsuits in any other state where it or its subsidiaries had substantial sales – a result the court called "unacceptably grasping."

Several Illinois federal and state courts have since applied Daimler to dismiss claims against non-Illinois corporations for lack of jurisdiction, even though those corporations conducted business, owned property, and had employees in the state. Since Illinois was not the state of incorporation or home to the principal place of business of these defendants, those courts found that the companies could not be sued in Illinois for claims unrelated to any acts they committed in Illinois.

The Jeffs case involved asbestos-related personal injury claims brought by Dale Jeffs, a lifelong insulator diagnosed with mesothelioma, against numerous defendants. With regard to Ford, Mr. Jeffs alleged that he was exposed to asbestos while working at a Ford plant in Michigan as a contractor for six weeks in the 1970s. Notably, he did not allege that he was exposed at any Ford facility in Illinois or to any Ford products in Illinois.

Relying on the U.S. Supreme Court's decision in Daimler, Ford moved to dismiss plaintiff's claims arguing that a Delaware corporation with its principal place of business in Michigan is not "at home" in Illinois and, as such, Illinois courts lack jurisdiction over Ford for claims that did not arise out of conduct that occurred in Illinois.

Plaintiff argued that Ford consented to jurisdiction in Illinois by registering to do business, having a registered agent, and participating in other litigation in Illinois. Plaintiff also argued that Ford is "at home" in Illinois because it operates two factories, has 5,500 employees, and maintains an extensive network of independent dealers in Illinois from which it derives significant revenue. Ford maintained that these contacts were not relevant under the framework established by the Daimler decision.

In his November 6th order denying Ford's motion, Judge Stephen Stobbs, the presiding asbestos judge, held that "Ford has availed itself of the protection of the Illinois Courts and the benefits of Illinois law and by its own admission conducts substantial, not de minimus, business in Illinois." Judge Stobbs also found that Ford gave its "unequivocal consent to jurisdiction in Illinois" by registering to do business, appointing a registered agent, and participating in other litigation in the state. According to Judge Stobbs, Ford's extensive presence in Illinois through its numerous employees, real estate holdings, dealer network, and significant sales also supported the court's exercise of jurisdiction over the company.

The implications of Jeffs v. Anco Insulations, Inc., et al. seemingly extend beyond asbestos litigation. Under Jeffs, out-of-state corporations may be held subject to the jurisdiction of Illinois courts for causes of action that arise anywhere in the country if they have registered to do business and appointed a registered agent in Illinois – a result the U.S. Supreme Court appeared to reject last year in Daimler. Consequently, businesses should carefully evaluate whether their current or contemplated activities subject them to potentially being sued in Illinois under the consent theory adopted in the Jeffs case. 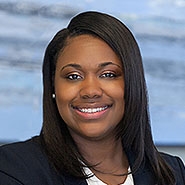