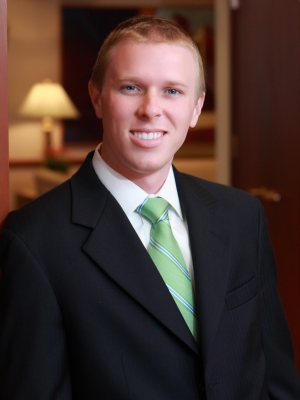 Oliver H. Thomas is an experienced litigator focusing his practice on complex commercial litigation. His representation spans an array of industries and includes a wide variety of clients, including local and national banks, a leading Missouri liquor distributor, a large nonprofit health corporation, and numerous manufacturers. Oliver devotes a significant portion of his practice to representing clients in high-stakes class action lawsuits, including cases involving alleged violations of state and federal consumer protection laws.

Oliver has successfully represented both plaintiffs and defendants in complex litigation involving breach of contract claims, breach of warranty claims, real estate claims, construction claims, and products liability claims, as well as disputes involving franchising, trusts and estates, and general business matters. He is licensed to practice in both Missouri and Illinois and has appeared before state and federal courts across the country.

In addition to his litigation practice, Oliver regularly advises clients on antitrust compliance, particularly as it relates to the antitrust pre-acquisition reporting requirements set forth in the Hart-Scott-Rodino Antitrust Improvements Act of 1976. He has secured antitrust clearance from the U.S. Department of Justice and the Federal Trade Commission in billions of dollars’ worth of transactions spanning a variety of industries.

Oliver was selected for inclusion in Missouri & Kansas Rising Stars® 2014-2018.