Best Lawyers in America® has named Lewis Rice members Craig S. Biesterfeld, Joseph E. Martineau, and Charles F. Miller among its "Lawyers of the Year" for 2019. Best Lawyers compiles lists of outstanding attorneys by conducting exhaustive peer-review surveys in which thousands of leading lawyers confidentially evaluate their professional peers. Only one attorney in each practice area and designated metropolitan area may receive the honor of "Lawyer of the Year."

Craig has extensive experience in commercial real estate and development law and municipal law. His practice includes acquisitions, leasing, development, zoning and land-use regulation, and government regulation and permitting, including code enforcement and appeal. Craig assists clients in the use of numerous economic development programs such as tax increment financing (TIF), tax abatement, special business districts (SBD), and community improvement districts (CID). Craig previously received the "Lawyer of the Year" award for Land Use and Zoning Law in 2011 and 2015; Real Estate Law in 2012; and Litigation - Land Use and Zoning in 2013. Best Lawyers has included him in its annual list since 1995.

Joe focuses his practice primarily on media and communications law. His clients include local and national major media representatives. Joe has tried cases in both the state and federal courts in Missouri and Illinois, and he has argued cases in the appellate and Supreme Courts in each state. He frequently writes articles and publications in the fields of defamation and invasion of privacy law, the First Amendment, and media law in general. Joe previously was named "Lawyer of the Year" for Litigation - First Amendment in 2012 and 2016 and for Media in 2017. Best Lawyers has included him in its annual list since 2005.

Charlie's extensive practice includes working on real estate development, redevelopment, government approvals, and development incentives, as well as sales, purchases, leasing, financing, and joint ventures. He is well versed in issues related to planning, zoning, platting, bond financing, alternative financing, and governmental incentives for development, job growth, and business relocations such as tax increment financing, tax abatement, assessment and sales tax districts, and tax credits. Charlie previously received the "Lawyer of the Year" distinction for Land Use and Zoning in 2012 and 2016 and for Real Estate in 2010 and 2015. Best Lawyers has recognized Charlie in its annual list every year since 1997. 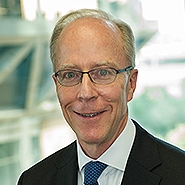