A Matter of Opinion

A legal opinion is a required closing delivery for many financing transactions, but the nature and purpose of legal opinions is often misunderstood by the non-lawyers who are involved in the transaction. Typically, the attorneys representing the parties will work on the opinion directly with each other. The principals usually become involved only early in the process, if they are asked whether an opinion should be required in the first place, or late in the process, if issues arise. This article will discuss the purpose and elements of a legal opinion, the types of issues that typically arise, and considerations regarding when a legal opinion should be required.

Like the other transaction documents, legal opinions are typically “negotiated”; that is, drafted by one party (the opinion giver) subject to the review and comment of the other party (the attorney representing the opinion recipient). Most firms start with their own standard form. Any material deviations from the standard usually require further discussion and additional internal law firm approvals. The assumptions and qualifications used in opinions have evolved through industry custom and, while generally quite lengthy (several pages are not uncommon) are usually not controversial. Issues most often arise regarding the scope of the opinion, including which documents are to be covered and what opinions are required by the recipient. The “golden rule” is that attorneys should not request opinions from others that they would be unwilling to give themselves. When this rule is observed, the opinion work generally proceeds smoothly, although occasionally there is genuine disagreement about what opinions are appropriate in a given transaction. Issues are likely to arise if counsel requests that the opinion giver opine on factual, rather than legal, matters, as legal opinions should not be used as a substitute for factual representations made by a borrower in the transaction documents.

Late requests for opinions that require the borrower’s counsel to conduct additional work are often problematic due to time restraints. Also, opinion due diligence sometimes uncovers problems with organizational documents or loan documents that must be resolved before the opinion can be issued and the transaction can close. For these reasons, it is best to agree on the scope of an opinion and complete the opinion diligence as early as possible in the transaction process.

Should an Opinion Be Required?

Attorneys can only give legal opinions with respect to the law of the states where they are licensed. Accordingly, in some cases, such as when the borrower entities are organized in multiple states or real estate collateral is located in multiple states, additional opinions from local counsel in these other states may be warranted. These costs can add up quickly, so lenders and borrowers should consult with their attorneys and consider their respective arguments for whether the incremental value of these opinions outweighs the costs.

Whether or not an opinion should be required at all is sometimes at issue. The parties should always consider the costs and benefits of an opinion in making this determination. For the opinion recipient, it is better to receive an opinion than not to receive an opinion, because of the additional assurance provided, but opinions are often labor-intensive and costly. Because these costs are typically borne by the borrower, this threshold decision is often the result of some discussion and negotiation. Transactions involving large dollar amounts, unusual collateral, or borrowers with complicated organizational structures are the best candidates for a required legal opinion. In some transactions, such as in the context of syndicated loan transactions, opinions are always expected as a matter of market custom. 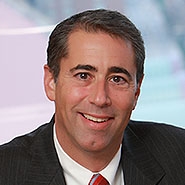