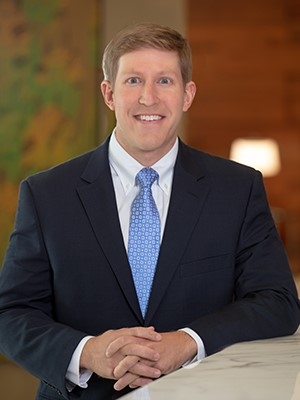 How the Section 199A Proposed Regulations Would Affect Businesses

On August 8, 2018, the Internal Revenue Service (IRS) released proposed regulations (REG-107892-18) that address the operation and calculation of the 20% deduction for qualified business income (QBI) under newly enacted Section 199A of the Internal Revenue Code (the “Code”). These proposed regulations would apply to a domestic business operated as a sole proprietorship, partnership (including a limited liability company taxed as a partnership), S corporation, trust, or estate.

The federal Tax Cuts and Jobs Act (TCJA) reduced the tax rate on U.S. C corporations from 35% to 21%, while reducing the top rate on individual income from 39.6% to 37%. To mitigate the disparity between the 21% corporate and 37% individual tax rates, Congress enacted Section 199A to provide an effective marginal tax rate decrease for non-corporate taxpayers. Section 199A provides non-corporate taxpayers (i.e., passthrough entities) with a deduction of up to 20% of their QBI. The Section 199A deduction is subject to several limitations. First, the deduction cannot exceed the difference between taxable income and net capital gain. Second, the deduction cannot exceed the greater of (i) 50% of the taxpayer’s share of W-2 wages of the passthrough entity, or (ii) 25% of the taxpayer’s share of the W-2 wages of the passthrough entity plus 2.5% of the unadjusted basis of "qualified property" used in the qualified business activity (collectively, the “Wage-Basis Limitations”). Third, income from a specified service trade or business (SSTB) is not eligible for the deduction. However, the Wage-Basis Limitations and SSTB limitation apply only to partners, shareholders, or sole proprietors with taxable income in excess of a threshold ($157,500 for single filers and $315,000 for joint filers). The limitations phase in over the next $50,000 of income ($100,000 for joint filers) above these thresholds. This means that for single taxpayers with taxable income in excess of $207,500 and joint filers with taxable income in excess of $415,000, the Section 199A deduction is fully subject to the Wage-Basis Limitations and is completely unavailable for business owners of an SSTB.

If the full 20% deduction under Section 199A can be used, the deduction reduces the effective tax rate for non-corporate taxpayers to 29.6%. The Section 199A deduction is available for tax years beginning after December 31, 2017, and before January 1, 2026.

The proposed regulations clarify important issues regarding the Section 199A deduction, but they leave many questions unanswered. The discussion below summarizes several of the more important clarifications made by the proposed regulations. Other TCJA changes affecting businesses were previously discussed in a separate client alert, which contains a brief overview of Section 199A and its limitations on taking the deduction.

No deduction is available for income from an SSTB (i.e., a business involving the performance of services in the fields of law, healthcare, accounting, consulting, financial services, brokerage services, athletics, or performing arts—but not architecture or engineering) for taxpayers with taxable income in excess of the applicable threshold. In light of this limitation, many practitioners proposed so-called “crack and pack” strategies. Under a "cracking" strategy, the non-SSTB portions of a business would be separated from the SSTB. The theory behind such a strategy was to allow the non-SSTB business the benefit of the Section 199A deduction. The proposed regulations limit the effectiveness of this strategy by deeming services provided to an SSTB as an SSTB, if the SSTB and the non-service business have 50% common ownership and the non-service business provides at least 80% of its services to an SSTB.

The proposed regulations also provide more guidance on what is considered an SSTB. One area of concern was a “catch-all” category where a business is considered an SSTB if the principal asset of the business is the reputation or skill of one or more of its employees or owners. The proposed regulations define this category of SSTBs narrowly by limiting taxpayers in this category to those who receive (i) endorsement income, (ii) income from the marketing of their image or likeness, or (iii) an appearance fee.

If the taxpayer has taxable income above the applicable threshold, the Section 199A deduction generally cannot exceed the Wage-Basis Limitations. Calculating these limitations requires determination of the W-2 wages and the unadjusted basis of the taxpayer's "qualified property." The IRS has released Notice 2018-64 to provide detailed guidance on various methods for calculating W-2 wages for purposes of the Wage-Basis Limitations on the Section 199A deduction.

"Qualified property" for purposes of the Wage-Basis Limitations must meet the following requirements: (i) the property must be depreciable, (ii) the property must be used during the year in the production of QBI, (iii) the property must be held by the business and available for use at the end of the year, and (iv) the depreciable period must not have ended. The depreciable period for purposes of Section 199A begins when property is placed in service by the taxpayer and ends on the later of (A) 10 years after it was placed in service, or (B) the end of the recovery period under the MACRS rules. The proposed regulations provide guidance on determining the unadjusted basis, the placed-in-service date, and the depreciable period for situations where the qualified property was acquired in a transaction with a carryover basis (e.g., a like-kind exchange or a tax-free contribution of property to a business entity) or with a modified basis (e.g., inherited property).

Taxpayers with income above the threshold amounts would need to analyze which, if any, businesses to aggregate to minimize the impact of any applicable Wage-Basis Limitations. Taxpayers should make these determinations carefully because the proposed regulations would require that the set of aggregated businesses be consistent for subsequent years.

Use of Trusts to Maximize the Number of Deductions

Because trusts may also claim the Section 199A deduction, several tax professionals considered a strategy of forming several trusts to multiply their Section 199A deduction in order to keep the income of each trust below the taxable income thresholds that trigger the application of the SSTB rules and the Wage-Basis Limitations on the deduction. To address this, the proposed regulations provide an anti-avoidance rule to treat multiple trusts as a single trust in certain cases where the trusts have substantially the same grantors and substantially the same primary beneficiaries and a principal purpose of such trusts is the avoidance of income tax.