Following six years of uncertainty, employers now have assurance that class action waivers in arbitration agreements are enforceable and do not violate the National Labor Relations Act (NLRA). Since 2012, many employers who had entered into written agreements with employees to individually arbitrate employment disputes such as wage-hour claims, found certain courts disregarding such arbitration agreements and thereby allowing employees to bring class and collective actions regarding employee disputes. In a 5–4 decision, the U.S. Supreme Court in Epic Systems Corp. v. Lewis, Case No. 16-285, resolved this uncertainty, holding that the Federal Arbitration Act (FAA) encourages enforcement of arbitration agreements and that agreements to arbitrate disputes through individualized arbitration proceedings do not violate the NLRA. Employees who have entered into class action waivers with their employers can no longer use the NLRA as a basis to evade their agreement to individually arbitrate their employment disputes.

Although arbitration agreements between employers and employees have been enforced since the early 20th century, the 2012 decision from the National Labor Relations Board (NLRB) D. R. Horton, Inc., 357 N.L.R.B. 2277 (2012), challenged this accepted practice by holding that arbitration agreements requiring employees to resolve work-related disputes through individual arbitration proceedings rather than through class or collective actions (which include other employees) violate rights to collective action under Section 7 of the NLRA.

Somewhat predictably, Federal Courts of Appeal subsequently had differing views regarding the NLRB’s decision in D. R. Horton. In N.L.R.B. v Murphy Oil USA, Inc., the U. S. Court of Appeals for the Fifth Circuit rejected the NLRB’s ruling in D. R. Horton, concluding that the FAA protected the parties’ arbitration agreement from interference by courts and that the NLRA did not prohibit employer-employee agreements requiring individual arbitration of employment disputes. However, the Seventh and Ninth Circuits followed the new direction of the NLRB. In Epic Systems, the Seventh Circuit held that arbitration agreements that prohibit employees from bringing or participating in class or collective actions violate the NLRA’s “concerted activities” clause, which guarantees employees “the right . . . to bargain collectively . . . and to engage in other concerted activities for the purpose of collective bargaining or other mutual aid or protection.” 29 U.S.C. § 157. In Ernst & Young LLP v. Morris, the Ninth Circuit followed the Seventh Circuit and the NLRB, leading to the Supreme Court’s ruling in Epic Systems (which consolidated the appeals in Epic Systems Corp. v. Lewis, No. 16-285; Ernst & Young LLP et al. v. Morris et al., No. 16-300; and National Labor Relations Board v. Murphy Oil USA, Inc., et al., No. 16-307).

In Epic Systems, the Supreme Court noted that in each of the three consolidated cases, “an employer and employee entered into a contract providing for individualized arbitration proceedings to resolve employment disputes between the parties.” Nonetheless, despite contractually agreeing to such an arrangement, each employee subsequently “sought to litigate Fair Labor Standards Act [FLSA] and related state law claims through class or collective actions in federal court.” The Supreme Court focused on the apparent conflict between the "savings clause" of the FAA (which “allows courts to refuse to enforce arbitration agreements ‘upon such grounds as exist at law or in equity for the revocation of any contract’”) and rights under the NLRA. The employer parties in Epic argued that the FAA requires courts to enforce agreements to arbitrate pursuant to the terms to which the parties agreed and that the NLRA does not address arbitration between the employer and the employee. The employee parties argued that class and collective actions are “concerted activities” protected by § 7 of the NLRA, thus constituting “grounds as exist at law” under the savings clause to override the provisions of the FAA. Accepting the argument of the employers, the Supreme Court made clear that although the NLRA is focused on employees’ rights to unionize and engage in collective bargaining, the NLRA does not extend to protecting an employee’s right to participate in a class or collective action. The Supreme Court held that absent duress, fraud, or unconscionability, “Congress has instructed that arbitration agreements like those before us be enforced as written.”

Effect of Epic Systems on Employers

The effect of Epic Systems Corp. v. Lewis for employers is significant and can mean the difference between a business addressing an individual arbitration regarding claims of one employee instead of a lawsuit with claims on behalf of dozens, hundreds or more employees. Filings of class and collective actions based on alleged wage-hour claims under the FLSA and state laws have increased dramatically in recent years, with many judgments and settlements in the millions of dollars. The decision in Epic Systems allows employers to rely on their agreements with employees to individually arbitrate such claims, providing an avenue for employees to address their individual concerns while allowing employers to avoid expensive and onerous class action litigation (which can lead to expensive settlements).

The employment lawyers at Lewis Rice assist their clients in all aspects of the drafting, enforcement, and defense of employment agreements, including arbitration agreements. If you would like to discuss the Epic Systems Corp. v. Lewis decision further, or if you would like assistance with your own employment issues, please feel free to contact us. 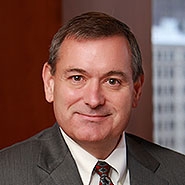