On March 22, 2017, the U.S. Supreme Court issued its opinion in Varsity Brands v. Star Athletica ("Varsity"), a case involving a dispute over whether the graphic design elements of cheerleading uniforms qualify for copyright protection. In a 5-2 majority, the Court adhered closely to the statutory text in finding that they do.

Last October, we discussed the specifics of this case. Generally, under the federal Copyright Act, the creators of artistic works receive the exclusive right to reproduce, distribute, and publicly display their projects. However, copyright protection is limited to creative expression and does not protect "useful" aspects of the work. For clothing, design elements such as sleeve length and neckline relate to the "useful" purpose of clothing the body and thus are not eligible for copyright protection. However, purely decorative elements, such as pictorial or graphic elements capable of existing independently of the clothing can still receive copyright protection.

This principle, known as the separability test, became central to this case. There has been inconsistency among Circuit Courts on how to apply the test. Some courts have required "physical" separability, meaning that the copyrightable elements must be capable of being physically separated from the useful elements of the article, such that the remaining article retains its utility. Thus, the cut or design of clothing is generally not protectable, but fabric designs might be.

In Varsity, the trial court threw out certain copyrights to cheerleading uniforms, concluding that the graphic elements of the uniform designs fail the separability test. However, on appeal, the Sixth Circuit reversed, concluding that an unadorned uniform still serves useful purposes, rendering the decorative elements separable and thus copyrightable.

The Supreme Court's majority opinion in Varsity upheld the Sixth Circuit on the grounds that the separability test does not require physical separation and that the unadorned uniform need not serve any useful purpose. Writing for the majority, Justice Thomas noted that "one can identify the decorations as features having pictorial, graphic, or sculptural qualities" and that those elements could be removed from the surface of the uniforms and applied to another medium without replicating the uniform itself. The dissent, authored by Justice Breyer, contended that doing so would result only in a "painting of a cheerleader's dress," showing that the designs are not physically or conceptually separable from the uniforms.

However, the majority responded that all art conforms to the shape of the medium to which it is applied. For example, an artistic etching on a guitar conforms to the shape of the guitar, but that art can be replicated independently of the guitar. The resulting two-dimensional image would be shaped like a guitar, but that guitar-shaped image does not bestow any copyright interest in the guitar itself.

The majority also addressed the argument that removing the image from the cheerleading uniform reduces the usefulness of the article because it leaves behind only a plain white cheerleading uniform. The majority found this unpersuasive, noting that the debate over the utility of the article without the copyrighted elements is "unnecessary" because the "focus of the separability inquiry is on the extracted feature and not on any aspects of the useful article that remains[s] after the imaginary extraction." The majority found no basis in the language of the Copyright Act for imposing a requirement that the "remaining" aspects of the useful article must still function as a useful article at all, much less an equally useful one. Finding that the Copyright Act requires only a conceptual inquiry, the Court abandoned the distinction between physical and conceptual separability. Also notable is the opinion of Justice Ginsberg, who sided with Varsity Brands on the grounds that the separability test is not applicable at all because the designs in question are not designs of useful articles, but rather copyrighted pictorial works reproduced on useful articles.

Although this decision is specific to clothing, its impact might be far-reaching. Three-dimensional (3D) printing companies submitted briefing in the case, arguing that because 3D printers can produce both decorative and useful items, clarity is needed on the separability test so that 3D printing companies, and similar industries, can control their infringement risk. The Supreme Court's majority opinion clarifies that the separability analysis does not require that an equally useful article "remain" after the decorative elements are conceptually removed. However, the functional and decorative elements of 3D printed objects might be more tightly intertwined than in the case of clothing, and it remains to be seen how the Court's ruling alters the application of the separability analysis in future cases. 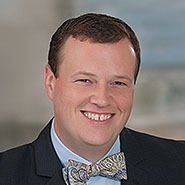