It has long been the case that whenever the targeted assets in a merger and acquisition transaction include lease rights as to real property, a leasing lawyer has an opportunity to provide valuable services to the client in that M&A transaction. Leasing lawyers educate buying clients about the current status of the target’s leased real property assets, operations, rights, obligations, and liabilities and assist with plotting post-closing options. When representing sellers, leasing lawyers help their clients respond to diligence requests, evaluate and negotiate the sellers’ representations proposed by the buyer, and craft disclosure schedule content. For many years, these roles have remained largely unchanged. Over the past decade, however, the rising popularity of representations and warranties insurance policies invites even the most sure-footed real estate leasing lawyer to consider whether (and if so, how) his or her role changes if the subject M&A transaction includes an RWI policy.

This Article provides an overview of the most commonly-accepted purposes of an RWI policy and an overview of the RWI policy underwriting process. Then, a discussion follows regarding matters of which real estate leasing lawyers should be particularly mindful when performing their role in such a transaction.

Generally speaking, an RWI policy provides a pool of funds from which the insured can obtain recovery if a representation and warranty of the seller in an M&A transaction’s purchase agreement is inaccurate and if that inaccuracy damages the buyer. In many cases, M&A deal parties have embraced an RWI policy to take the place of a hold-back of a portion of the purchase price intended to provide the buyer comfort that accessible funds existed from which the buyer’s post-closing indemnity claims (if any) against the seller could be satisfied.

RWI policies permit either the buyer or the seller to be the insured, but presently it is most common for the insured to be the buyer. [For this reason, this Article will focus on a buy-side policy.] An RWI policy contains a set of conditions and other terms that affect whether, under what circumstances, and to what extent the insured may recover. And, the R&W underwriting process runs—generally speaking—in parallel with the M&A transaction’s diligence process.

Because an RWI policy hinges most significantly on whether a representation and warranty in the subject purchase agreement is inaccurate, RWI underwriters and their counsel focus significantly on the language of those representations and warranties and on the disclosure schedules that accompany them. RWI underwriters and their counsel also seek to discern whether it appears that the buyer and its advisors (including its real estate leasing lawyers) conducted a fulsome and—in light of the nature of the M&A deal’s target—otherwise appropriate diligence exercise and whether it appears that the seller was appropriately responsive to the buyer’s diligence inquiries.

As to an RWI policy with respect to which the buyer will be the insured, RWI underwriters desire to obtain and review copies of written diligence reports from the buyer and its professional advisors. With respect to real estate leasing, it is common for such reports to include lease summaries and reference to any red flags that arose in the course of those reviews (such as whether any lease documentation is missing, any lease terms expire soon, or any consent-gathering process appears cumbersome or might trigger recapture rights on the landlord’s part). On buy-side deals, the buyer also grants to the underwriter and its advisors access to the M&A deal’s data room, so that the underwriter and such advisors can browse through (or more closely review) the materials contained within. RWI underwriters also typically lead an often-lengthy conference call with the proposed insured, its advisors, and the underwriter’s counsel during which they narratively discuss the diligence performed by the proposed insured, the results thereof, and the progress of the deal and identify any material outstanding matters.

Overview of the Underwriting Process

Tips for Handling Leasing Matters with an RWI Policy

Real estate leasing lawyers performing their work on an M&A transaction that features an RWI policy should bear in mind the following:

Real estate leasing lawyers who conduct a buy-side diligence exercise that is sensibly scoped to cover all the desired sell-side representations regarding leasing matters, who professionally describe that scope and the results of that exercise on the underwriting conference call, and who aid the M&A deal leader with responding to any follow-up questions and negotiating any resulting exclusions will significantly smooth the client’s path towards the closing of the M&A transaction and the inception of the desired RWI policy. 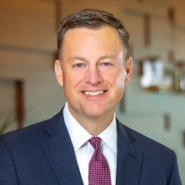