The City of St. Louis has had its fair share of disappointments in 2016 with the Cardinals missing the playoffs, the Rams moving to Los Angeles, and rival Chicago Cubs winning the World Series. But following the December 15, 2016 Judicial Hellholes Report released by the American Tort Reform Foundation (ATRF), the City of St. Louis now adds to this list the stigma of being branded the number one Judicial Hellhole in the United States. The City of St. Louis even surpassed Madison County, Illinois – the jurisdiction just across the Mississippi river that inspired ATRF to create the Hellholes report a decade ago (Madison County is ranked sixth alongside Cook County and St. Clair County, Illinois). It is important to note early that the purpose of this Alert is to report on the jurisdiction being placed at the top of a list that garners more attention each year and to summarize ATRF's reasoning for declaring the City of St. Louis the nation's worst jurisdiction for civil justice. Lewis Rice LLC makes no representations or adoptions of the opinions or statements expressed in the Report, a full copy of which is available for your individual consideration by clicking under "Resources" below.

Judicial Hellholes is an annual publication from ATRF that selects a handful of jurisdictions it deems the most unfriendly to defendants in civil litigation. ATRF considers recent jury verdicts from a jurisdiction, applicable venue and evidentiary laws, individual rulings from local judges, conduct of local attorneys, and related factors when selecting that year's list of Hellholes. With the well-publicized trilogy of talcum powder verdicts against manufacturer Johnson & Johnson that totaled $197 million this year, it is not surprising St. Louis caught ATRF's attention. But why did the City of St. Louis earn the top slot?

According to the Hellholes Report, ATRF perceives the City of St. Louis as a jurisdiction that:

The Report details each of these points, among others to explain why ATRF selected the City of St. Louis as the number one Hellhole for 2016. St. Louis is not alone on the list, though, and the report also details its analysis of eight other "Hellhole" jurisdictions, including: (2) California; (3) New York City Asbestos Litigation (NYCAL); (4) Florida Supreme Court and South Florida; (5) New Jersey; (6) Cook, Madison, and St. Clair Counties, Illinois; (7) Louisiana; (8) Newport News, Virginia; and (9) Hidalgo County, Texas. Nearby McLean County, Illinois also earned a "Dishonorable Mention" in the Report due to its growing asbestos docket and recent verdicts from the jurisdiction in favor of un-impaired plaintiffs.

For more information on litigation trends and developments in he City of St. Louis, or for information regarding this alert, please contact Rick Walsh, Win Reed, or Corey Schaecher. 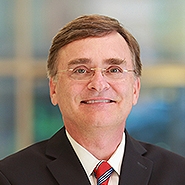 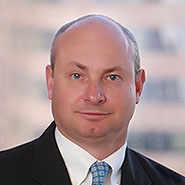