Since 2014, several courts have considered whether a church-associated organization whose principal purpose or function is the administration or funding of a plan (a “principal-purpose organization”) could establish a “church plan” exempt from ERISA’s reach. While district court decisions have been split, the three most recent court of appeal decisions were consistent in holding that principal-purpose organizations could not establish ERISA-exempt church plans.

On June 5, 2017, however, the Supreme Court decided in Advocate Health Care Network v. Stapleton that plans established by church-affiliated nonprofits that run hospitals and are maintained by internal employee-benefits committees could be “church plans.” The Court reasoned that ERISA Section 3(33)(C)(i) expanded the definition of the term “church plan” so that a plan maintained by a principal-purpose organization could “receive the same treatment (i.e., an exemption) as the type described in the old definition.” Stapleton, 2017 WL 2407476, at *5 (U.S. June 5, 2017). As a result, employee benefit plans maintained by principal-purpose organizations are “church plans” under ERISA and, thus, exempt from ERISA’s requirements. 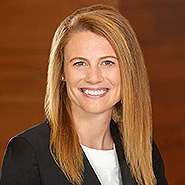