Rise of the Machines: Electronic Signatures and Paperless Closings

Once upon a time, not so long ago, attorneys and their clients typically closed transactions by gathering in conference rooms to eat turkey sandwiches, hash out final deal terms, and sign multiple copies of closing documents neatly arranged in manila folders. While turkey sandwiches remain popular, the in-person closing, and the exchange of original, signed documents has become increasingly rare. Electronic signatures have been legally recognized for several years, but their widespread use – often to the complete exclusion of ink signatures – has only more recently become common practice.

The Law of Electronic Signatures

The federal Electronic Signatures in Global and National Commerce Act (E-SIGN) was enacted in 2000. Forty-seven states have also adopted statutes that are based on the Uniform Electronic Transactions Act (UETA), and the other three have adopted similar laws. The key elements of E-SIGN and UETA are that: 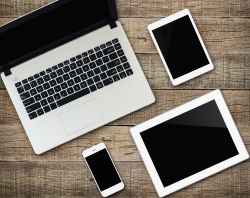 Together, these provisions are intended to create equivalency between electronic and manual signatures. Certain exceptions apply, including under the Uniform Commercial Code (UCC) (although in many cases, the UCC defers to other state law) and for wills and trusts. 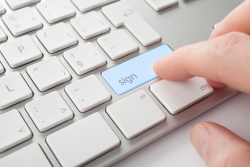 will consider context course of dealing when determining the intent of the parties discussions. Accordingly, parties wishing to enter into binding agreements electronically should make their intent to do so clear by adding language to that effect to their contracts. On the other hand, a party who does not wish to be bound by an electronic signature should add appropriate disclaimers to emails or other transmissions to reduce the risk of inadvertently entering into a contract.

General principles of contract law and evidence still apply in the electronic context, and many of the issues are the same whether dealing with electronic or manual signatures. Assent can be indicated by putting pen to paper or by clicking, "Send." The authenticity and origin of an electronic signature can be challenged (perhaps more easily than a signature that is manually applied in a conference room full of witnesses), but document forgery is not precluded by manual signatures. Electronic files can be deleted or corrupted, but paper documents are also subject to mishandling, loss, or damage. 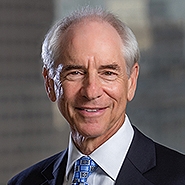