For years, many law enforcement agencies have used vehicle dashboard-mounted recording devices. More recently, some have started using cameras that are worn or carried.

In Missouri, there is no law requiring that such recordings be made: individual law enforcement agencies may decide that issue on their own. And until recently, the law was unclear on whether such recordings, if made, are available to the public. Effective August 28, 2016, the Missouri Sunshine Law (Chapter 610, R.S.Mo.) was revised to address mobile video recordings.

What Is a Mobile Video Recording?

The revision defines "mobile video recordings" to include data (audio, video, and metadata) captured by a system or device that is capable of being installed in a vehicle or being worn or carried by law enforcement, and includes camera and recording capabilities. R.S.Mo. §610.100.1 (6), (7).

When Is a Mobile Video Recording Available to the Public?

In general, under the revised statute, mobile video recordings are treated like investigative reports: they are deemed closed records until the investigation becomes "inactive," at which point the mobile video recording is considered an open record. R.S.Mo. §610.100.2(1). An investigation is considered "inactive" when (1) the law enforcement agency has decided not to pursue the case; (2) the time to file criminal charges has expired pursuant to the applicable statute of limitations or 10 years, whichever is earlier; or (3) the convictions of all individuals convicted on the basis of the record are final and either the time for appeal is expired or all appeals have been exhausted. R.S.Mo. §610.100.1(3).

What about Mobile Video Recordings in a Private Setting?

Where a person submits a written request and receives a mobile video recording that was recorded in a nonpublic location, that person is prohibited from displaying or disclosing the video, including a "description or account of any or all of the mobile video recording," until s/he provides direct third-party notice to each non-law enforcement person whose image or sound is also contained in the video. R.S.Mo. §610.100.8. The person in receipt of the notice then has 10 days to file and serve an action requesting a court order to enjoin some or all of the intended display, disclosure, description, or account of the recording. R.S.Mo. §610.100.8. That clause also explicitly provides that a person who releases such footage in violation of this provision is subject to civil damages.

The revised law also makes clear that, as with investigative reports, a person may bring a circuit court action requesting the disclosure of a mobile video recording that would otherwise be closed. R.S.Mo. §610.100.5. In determining whether to order the disclosure, the court is directed under R.S.Mo. §610.100.5(2) to consider the following factors:

The law also includes a new section that provides guidance to the courts as to the types of orders that can be made when ruling on whether to open an investigative report or mobile video recording. R.S.Mo. §610.100.5(4). This clause provides that the court "may make any order that justice requires." However, the clause also states that the court can issue an order that provides one or more of the following:

While some states require expeditious public disclosure of recordings made by law enforcement in the performance of official duties, and other states impose substantial restrictions on such disclosure, Missouri has taken a somewhat middle-ground approach requiring disclosure only after any investigation prompted by the activity recorded is concluded. In most cases, this would not seem to prohibit disclosure when deemed helpful to an investigation, and persons, including media entities, denied access are permitted to ask a court to order release. 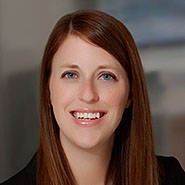