Mission Impossible? Not Anymore for Trademark Licensees in Bankruptcy

In Mission Product Holdings, Inc. v. Tempnology, LLC, 139 S.Ct. 1652 (2019), the U.S. Supreme Court clarified these issues. The Court held that when a trademark licensor rejects the license during the bankruptcy case under Bankruptcy Code section 365, the licensee’s rights in the mark continue. At long last, trademark licensees have the comfort of knowing that their license rights will not disappear if the licensor files for relief in bankruptcy and rejects the contract. The Court was not convinced that the obligation of a debtor-licensor (i.e., a debtor that licenses its mark to a licensee) to monitor the licensee and exercise quality control during a chapter 11 case was so impractical that termination of the license should be permitted.

The case involved one of the Bankruptcy Code’s most powerful provisions. Under the Bankruptcy Code, a trustee or debtor-in-possession may assume or reject any “executory contract,” which courts generally construe to mean a pre-bankruptcy contract under which each party still owes a duty of performance to the other. If the contract is beneficial to a debtor-licensor’s bankruptcy estate, the debtor-licensor can assume it and continue under the contract; if it is detrimental, the debtor-licensor can reject it. In turn, the Bankruptcy Code declares that rejection “constitutes a breach” of the rejected contract, and the counterparty may file a claim for damages. But the rights of the non-debtor party in a trademark following “rejection” have long troubled bankruptcy courts. Congress provided some clarity by adding Bankruptcy Code section 365(n), giving “intellectual property” licensees the option of treating “rejected” licenses as fully terminated or retaining their rights and obligations under the license. Congress defined “intellectual property” to include patents, copyrights, and trade secrets, but it did not include trademarks. Courts differed in how to interpret the omission of "trademarks" from the definition, with some courts preserving licensees’ rights and others declaring the rejection to terminate licensees’ rights.

In resolving this question, the Supreme Court noted that outside of bankruptcy, one party’s contract breach does not eliminate the other party’s rights, and rejection in bankruptcy should have the same effect as outside bankruptcy. The breaching party should not be permitted to deprive the other party of its contract benefits. The Court adopted the view that if a debtor-licensor rejects a trademark license, such act is tantamount to a breach of contract only, not rescission of the contract. As such, if a trademark licensee’s rights would survive a licensor's breach outside of bankruptcy, the same is now true during bankruptcy. This is consistent with the general bankruptcy concept that a bankruptcy estate does not possess anything more than the debtor entity possessed outside bankruptcy (other than recovery of certain avoidable transfers permitted by the Bankruptcy Code). Therefore, a debtor-licensor’s rejection of a trademark license does not terminate the licensee’s contract rights.

Tempnology, the licensor in the Mission Product case, argued that the omission of “trademarks” from the definition of intellectual property in section 365(n) demonstrated Congress’s intent to treat trademarks differently such that rejection should result in termination of a licensee’s rights, unlike rejection of, say, a patent license. The Supreme Court disagreed, finding no basis to change the general rule that contractual rights survive rejection in bankruptcy. The Court also rebuffed Tempnology’s argument that allowing trademark licensees to retain their rights after rejection would impede the debtor-licensor’s attempts to reorganize because the debtor-licensor would need to continue to monitor, and exercise quality control over the mark or risk losing the mark. Nothing in the text of the Bankruptcy Code supports this argument, according to the Court. And although the Bankruptcy Code allows for reorganization, it does not “permit anything and everything that might advance that goal.”

The Supreme Court's ruling on whether trademark licensees may continue with their licenses after rejection in bankruptcy brings welcome stability to the trademark licensing world. 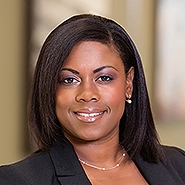