In Notice 2015-54, the IRS has announced its intention to issue regulations requiring the recognition of income on transfers of certain property to a partnership that has foreign partners related to the transferor. In the same notice, the IRS announced its intention to issue regulations to ensure appropriate valuation of controlled transactions involving partnerships under Section 482 of the Internal Revenue Code. The regulations described in Notice 2015-54 affect a number of partnerships and their partners. Accordingly, contemplated transactions that may be subject to the regulations should be carefully evaluated. While the issues raised by Notice 2015-54 are simple to state, they are complex in application. The purpose of this Client Alert is to make persons who may be affected aware of this development. Please contact one of the individuals listed below if you have specific questions regarding these rules.

The regulations will generally apply to transactions occurring on or after August 6, 2015. However, Notice 2015-54 cautions taxpayers that the Notice is not intended to create any inference regarding the treatment of transactions under existing law, which the IRS may be able to challenge under currently applicable rules.

In Notice 2015-54, the IRS announced that it will make two important changes to the rules governing recognition of gain on the transfer of appreciated property to partnerships:

According to the Notice, the changes were prompted by the IRS' concern that certain taxpayers were attempting to contribute property to partnerships that allocate the unrealized gain or income on the contributed property to a related foreign partner that is not subject to U.S. income tax. This income and gain escaped U.S. tax entirely. The IRS was also concerned that taxpayers were valuing contributed property in a manner contrary to the Section 482 requirements, which give the IRS broad authority to reallocate gross income, credits, and deductions to properly reflect the economic reality of a controlled transaction.

Current Recognition of Gain on Transfers to Section 721(c) Partnerships

(i) a foreign person who is related to the transferor, under the standards in Section 267(b) and Section 707(b), is a direct or indirect partner in the partnership; and,

(ii) the U.S. transferor and one or more related persons own more than fifty percent (50%) of the interests in partnership capital, profits, deductions or losses.

Section 721(c) Property is generally any property other than:

(iii) any item of tangible property with built-in gain that does not exceed $20,000.

The regulations will provide a de minimis rule under which built-in gains will not be recognized currently, if:

(ii) the Section 721(c) Partnership is not applying the Gain Deferral Method (described below) with respect to a prior contribution to the partnership.

In addition, taxpayers generally will be able to defer the recognition of gain in connection with a transfer to a Section 721(c) Partnership if they satisfy the requirements specified in Notice 2015-54 (the "Gain Deferral Method"). Taxpayers who take advantage of the Gain Deferral Method to avoid current recognition of gain on transfers to a Section 721(c) Partnership would be required to recognize the gain upon the occurrence of an acceleration event. Taxpayers who take advantage of the Gain Deferral Method would also be required to extend the statute of limitations on assessment of tax with respect to all items related to the Section 721(c) Property through the close of the eighth full taxable year following the taxable year of the contribution. The regulations will also include an anti-abuse rule.

Notice 2015-54 also states that the IRS intends to issue regulations applicable to controlled transactions involving partnerships. These regulations will be based on current Treasury Regulation Sec. 1.482-7, which provides rules applicable to cost sharing arrangements. The regulations may also impose additional documentation requirements.

The regulations announced in Notice 2015-54 have the potential to affect a number of transactions involving transfers of appreciated assets to partnerships. While the issues raised in the notice are simple to state in theory, they are complex in application. For additional information on the potential application of the regulations, please contact Michael Donovan, Tim Stewart, Rachel Hirshberg or Larry Weltman. 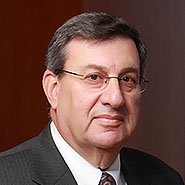