Recently, President Obama signed the Defend Trade Secrets Act of 2016 ("Act") into law, effective immediately. The Senate Judiciary Committee recently issued a report explaining the need for increased trade secret protection, noting that American companies lose as much as $480 billion each year as a result of trade secret misappropriation, and trade secret theft costs the American economy 2.1 million jobs annually. The Committee's report emphasized that such theft is "undermining the means and incentive for entrepreneurs to innovate...this in turn is slowing the development of new inventions and industries."

The Act seeks to stymie trade secret misappropriation and its effects by allowing victims to bring suit in federal courts armed with severe remedies. The Act defines a trade secret as the following: all forms and types of information if: (1) the owner has taken reasonable measures to keep such information secret; and (2) the information derives independent economic value, actual or potential, from not being generally known to, and not being readily ascertainable through proper means by, another person who can obtain economic value from the disclosure or use of the information.

Prior to the Act, victims of trade secret misappropriation could file a legal claim only under state law. Although a majority of states have adopted the Uniform Trade Secrets Act, a few protect trade secrets through their own, unique laws. In certain circumstances, plaintiffs can bring state law claims in federal court, but even then are left with only state-specific remedies. The Act does not supersede or interfere with state law; rather, it supplements existing state law.

The Act's statutory scheme creates a nationally consistent means of enforcing and deterring trade secret misappropriation. First, plaintiffs can now bring suit in federal court under uniform, federal law, so long as the trade secret at issue is related to a product or service involved in interstate or international commerce. Second, the Act provides federal courts an array of tools to remediate trade secret misappropriation. In the employment context, plaintiff-employers cannot recover punitive damages or attorney's fees if the employer does not provide notice of the Act's immunity provisions to its employees. The required notice must be incorporated into new or amended employment agreements and non-disclosure/non-compete agreements entered into after May 11, 2016, or a cross-reference to a policy provided to the employee must be included in the new or amended employment agreements and non-disclosure/non-compete agreements.

The Act has significantly altered the landscape of trade secret litigation, which will continue to develop as federal courts interpret and apply the Act's provisions. If you have any questions about the Defend Trade Secrets Act of 2016, including the "whistle-blower" disclosure requirements, please contact one of our Labor & Employment attorneys. Click here to view the official text of the Act. 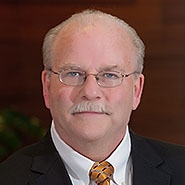