On June 30, 2015, the United States Department of Labor released its much-anticipated proposed rule revising the Fair Labor Standards Act's minimum wage and overtime regulations. The proposed revisions are, at least for now, limited to raising the minimum salary levels for the FLSA's so-called "white collar" exemptions. These exemptions currently exclude employees from the FLSA's minimum wage and overtime requirements if they: (1) are paid a salary of at least $455 per week ($23,660 per year); and (2) perform certain executive, administrative, or professional duties. In addition, "highly compensated" employees are generally exempt if they receive a minimum annual compensation of at least $100,000. These levels have remained unchanged since 2004.

Unlike past revisions, the DOL has also proposed implementing an automatic update to these salary levels, based either upon the consumer price index or as a fixed percentage of wages, pegged to the 40th percentile of weekly earnings for full-time salaried workers nationwide (the 90th percentile is used for the highly compensated exemption). The DOL has invited comment on which of the two statistical methods to select.

According to the DOL, the effects of raising the salary level will vary among different types of salaried employees currently paid between $455 and $970 per week:

(1) those employees who truly perform exempt duties will, absent a wage increase, become eligible for overtime;

(2) those employees who have previously been misclassified by their employers as exempt despite performing non-exempt work will now properly be eligible for overtime; and

(3) those employees who currently receive overtime will have their position strengthened, now that their duties need not be evaluated.

Importantly, the DOL's proposed rule does not, at present, amend the second element of the exemption analysis: the duties test. Thus, the existing duties test for exempt executive, administrative, and professional employees remains unchanged. The DOL has, however, invited comment on whether revisions to the duties analysis are necessary. As always, employers must carefully evaluate whether their exempt employees truly perform exempt work under the existing regulations. In a warning of sorts, the materials accompanying the proposed rule state the DOL's belief that misclassification of overtime-protected employees occurs more frequently in times like the present, when the regulation's salary levels have become outdated.

Given the breadth of the DOL's proposed rule, substantial comments—from labor unions, trade groups and other stakeholders—are likely. A final rule is not expected until 2016. While there will likely be changes from this week's proposal, it is virtually certain that the salary levels will increase substantially from $455. Employers should begin considering how to account for the DOL's proposed rule, but should remain flexible to adapt to the likely additional forthcoming changes.

The employment lawyers at Lewis Rice assist their clients in complying with all aspects of the Fair Labor Standards Act. If you would like to discuss the DOL's proposed rule further or if you would like assistance with your own compliance concerns, please contact Brian Pezza or Michael Jente.

Click here to read how the NLRB's new joint employer test will impact OSHA and FLSA. 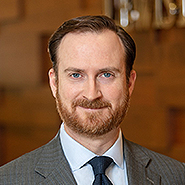