The federal Toxic Substances Control Act (TSCA), passed 40 years ago, regulates the safety of chemicals used in manufacturing. A substantial revision, called The Frank R. Lautenberg Chemical Safety for the 21st Century Act (the "Act"), went into effect on June 22, 2016, having received support from majorities of both parties in Congress.

The Act is likely to have a significant impact on the industrial use and consumption of chemicals that present toxic risks. Following are the most significant changes:

In anticipation of the new Act's passage, and in the nearly four months since its enactment, EPA has started to implement it. In 2014, EPA published a Work Plan List of chemicals that would most likely require evaluations. EPA will initiate risk evaluations of 10 chemicals from that list by mid-December 2016. EPA intends soon to issue rules regarding the solvent trichloroethylene in spot cleaning, aerosol degreasing, and vapor degreasing, as well as the use of methylene chloride and N-methylpyrrolidone in paint removers.

What Lewis Rice Clients Should Be Doing

If you use toxic chemicals in manufacturing, we suggest you consider taking the following actions:

To read a more detailed summary of the changes to the TSCA, click under "Resources" below. 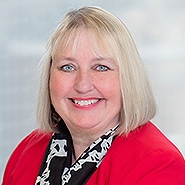