In Teva Pharmaceuticals USA, Inc. v. Sandoz, 574 U.S. — (Jan. 20, 2015), the U.S. Supreme Court examined the standard of review applied by the Federal Circuit in its review of cases involving patent claim construction. In so doing, the Supreme Court has made it increasingly difficult to overturn certain issues of claim construction decided by the District Court.

The underlying case involved Teva Pharmaceuticals USA's ("Teva's") patent covering the manufacturing method of Copaxone, a drug used to treat multiple sclerosis. Sandoz (and several other companies) attempted to market and sell a generic version of Copaxone. Teva then sued Sandoz for patent infringement. Sandoz, in turn, argued that Teva's patent was invalid.

Sandoz's argument focused on one particular aspect of the patent that specified the "molecular weight" of Copaxone's active ingredient, "copolymer-1." The term "molecular weight," Sandoz argued, was fatally indefinite and thus did not meet the Patent Act's requirement that a claim "particularly poin[t] out and distinctly clai[m] the subject matter which the applicant regards as his invention." (35 U.S.C. §112 ¶2 (2006).)

In the District Court, both Teva and Sandoz presented expert testimony as to the meaning and definiteness of "molecular weight" in the relevant trade. The District Court determined that the term, and therefore the patent claim, were sufficiently definite and held the patent valid. Sandoz appealed the decision.

The Supreme Court acknowledged that, in straightforward cases of claim construction, a District Court's determination is considered to be a question of law, and therefore, an appellate court is not required to give the District Court's determination deference on review. The Supreme Court, however, went on to state that in certain cases, the District Court must look beyond the language in the patent and consult extrinsic evidence, such as expert testimony, in order to better understand the background science or meaning of a term in the relevant trade. In those cases in which "subsidiary facts" are in dispute, the District Court is required to make factual findings. The Supreme Court held that, on appeal, such factual finding must be reviewed for "clear error" in accordance with Federal Rule of Civil Procedure 52(a)(6). In other words, a court of appeals must not overturn the District Court's decision as to subsidiary facts unless the decision is "clearly erroneous."

In the instant case, the District Court made the determination, after hearing expert testimony, that "molecular weight" was sufficiently definite as used in Teva's patent. In order to overturn this decision, the Federal Circuit was required to find that the underlying decision by the District Court was clearly wrong. The Supreme Court vacated the decision of the Federal Circuit and remanded the case for further proceedings.

The Supreme Court's decision makes critical, patent proceedings before the District Court because a decision as to the background science or the meaning of the terms in a patent will be very difficult to overturn on appeal. Individuals or businesses involved in a patent case should consult with an experienced attorney to discuss how best to navigate these complex claim construction issues.

At Lewis Rice, we recognize that intellectual property rights are a key component to our clients' potential and worth, whether they are large or small companies, universities, or individuals. Attorneys in our intellectual property practice are extremely supportive of their clients and are accessible from around the world. 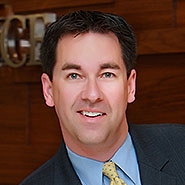